Accelerating Development with Programs that Build Resilience to Climate-Related Shocks

Small-scale maize farmers in Mozambique and Tanzania face many of the same challenges but the biggest of these is drought. To grow maize with rainfall as the only source of water can be disastrous if the rainfall is erratic or suddenly stops.

Michael Carter, director of the Feed the Future Innovation Lab for Markets, Risk & Resilience, led a three-year project in Mozambique and Tanzania that tested whether drought-tolerant maize seeds developed by CIMMYT paired with insurance for a seed-replacement guarantee could make farmers more resilient to drought. It did, but that wasn’t all he found. Farmers who bought the insured seeds also bought more improved seeds overall, and with them the chance for even higher yields.

“New technologies like drought-tolerant seeds and index insurance might allow small-scale farmers to transfer risk out of the system so they can invest more,” said Carter. “This is the core idea of Resilience+. It’s an opportunity to craft a new ending to the age-old story of risk and underinvestment that keep families poor for generations.”

A number of recent field studies have found the same phenomenon. In Kenya, Bangladesh, Burkina Faso and in other countries researchers are finding that resilience can also encourage farmers to invest more for higher productivity. These investments are a strong opportunity for families to accelerate their escapes from poverty.

The Age-old Story of Risk

For the past decade, Carter has been studying how risk affects rural families and testing tools that can mitigate or reduce that risk. One of the earliest of these projects was developing index-based insurance for pastoralists in Kenya’s arid northern regions. He worked with Cornell University economist Christopher Barrett to design a contract that would trigger payments for insured pastoralist families in the event of drought.

The model of index insurance has made it possible to provide insurance at low cost to small scale agricultural communities in that traditional insurance cannot serve. Rather than payout out for verified losses, index insurance bases payouts on an easy-to-measure index of factors, such as rainfall or average yields, that predict individual losses.

Using an index insurance product designed by Carter, Barrett and their research team, the International Livestock Research Institute (ILRI) launched the Index-based Livestock Insurance program (IBLI) in 2009. The research team’s randomized evaluation two years later found that IBLI reduced by one-third the number of families who coped with drought by cutting meals. IBLI also cut in half the number of families who anticipated selling livestock after a major drought in 2011, which would have made it that much harder to recover.

Further analysis from IBLI showed a hint that it produced even greater investments. IBLI increased milk production worth an average of $5.95 per month. When families no longer needed to manage their own risk with larger herds, they invested in veterinary care for the cows they had.

Since IBLI was first launched in 2009, a number of projects around the world have shown promise for generating both resilience and what Carter calls Resilience+. Resilience+ is the idea that reliable risk-management tools benefit families in two ways. First, families are more immediately able to withstand a shock. Second, when a family knows they are protected they invest to improve their assets and income above where they began. This virtuous circle can become self-reinforcing.

In Bangladesh, a BRAC emergency loan conveyed all the benefits of insurance but without the up-front cost. Families told they would have the loan planted about 25 percent more rice than households not offered the loan. Families who did not suffer any flood losses produced about 33 percent more rice.

In Carter’s project with insured seeds in Mozambique and Tanzania, Resilience+ was even more clear. The seeds themselves maintained high yields during a moderate mid-season drought. Following a severe drought, the seed replacements allowed farmers to more than recover in the following season. Not only were their yields higher, but farmers significantly increased their investments in improved seeds, for one group by double.

Effective tools to transfer risk have never been more critical. As the likelihood of climate-related shocks increases so does the scale of the problems those shocks cause, both for families who are already struggling as well as for governments and NGOs leading emergency responses.

“Resilience+ is how we are imagining a better future for vulnerable rural families,” said Carter. “It’s not just so people can bounce back to where they were before a shock. It’s about giving families a chance to get far ahead. That’s the future we want to see possible.” 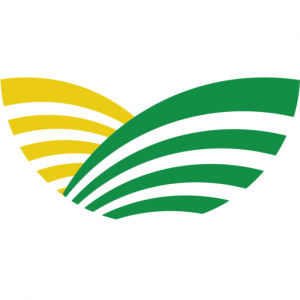 University of California at Davis

Returning to the post-pandemic workplace: The foundational role of modern construction standards to economic recovery and resilient economic growth