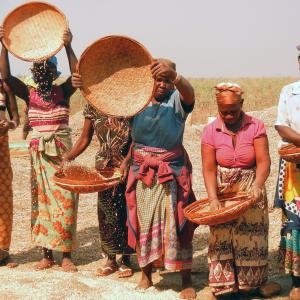 This post introduces a resource from the United Nations Development Program and explores gender inequality and gender social norms. 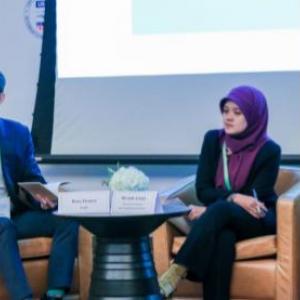 An intervention including business training and health education was implemented in Mozambique, where girls are at elevated risk for acquiring HIV. As part of a mixed-methods evaluation, we describe perceived effects of the intervention on girls’ sexual behavior and school attendance.

This post presents a Final Report: A Mixed Methods Evaluation of a Social and Economic Empowerment Intervention to Reduce Adolescent Girls' Vulnerability to HIV in Zambézia Province, Mozambique.

This post highlights a grant under the ASPIRES project to implement the Economic Strengthening to Keep and Reintegrate Children into Families (ESFAM) project in Uganda.

Household economic strengthening (HES) initiatives are increasingly implemented in coordination with biomedical and behavioral approaches to HIV prevention, treatment, and care to address the economic drivers of the HIV epidemic.

Many women’s decisions about whether and how to participate in sex work are driven by financial considerations.

Economic Strengthening for HIV Prevention and Risk Reduction: A Review of the Evidence

This post introduces a review conducted between November 2015 and October 2016 and consolidates evidence of research.

Economic Strengthening for HIV Testing and Linkage to Care: A Review of the Evidence

This is the second paper in the series and focuses on the 20 studies on HIV testing, diagnosis, and enrollment in care.

Household Economic Strengthening and the Global Fight Against HIV

This article introduces this special issue of AIDS Care on HES for HIV Outcomes as an effort to expand and continue this discussion with a wider group of stakeholders.

Increasing Access and Adherence to the PMTCT Cascade: Is There a Role for Economic Strengthening Interventions?

Interventions aimed at the prevention of mother-to-child transmission (PMTCT) of HIV are extremely effective but remain underutilized in many countries. Common economic barriers to PMTCT experienced by pregnant women with HIV are well documented. Addressing these economic barriers has the&nbsp;potential to improve PMTCT utilization and further reduce mother-to-child HIV transmission. This review examines the evidence of the effects economic strengthening (ES) interventions have on use of and adherence to PMTCT and other health services relevant to PMTCT cascade.

This paper summarizes learning related to prevention of family-child separation, reintegration of children in family care, and economic interventions that might support these aims. It was prepared to inform the focus and development of a project that aims to use rigorous research to develop the evidence base related to the ways in which household-level economic strengthening interventions in low- and middle-income countries can help prevent the separation of children from their families and assist in reintegrating separated children in family care.

Keeping Children and Families together with Economic Strengthening

This report is an overview of the key issues addressed during the “Keeping Children and Families together with Economic Strengthening” symposium funded by USAID’s Displaced Children and Orphan’s Fund (DCOF) and implemented by FHI 360 through the STRIVE project.

This paper describes the path that USAID followed in supporting the microfinance industry since its formation in the 1960s, primarily from the perspective of the USAID/Washington. USAID's efforts to support microfinance coalesced under the Microenterprise Initiative, which began in 1994. Under the Initiative, USAID created the USAID/Washington Office of Microenterprise Development, which became the Agency's focal point for microfinance programming providing technical direction and industry leadership.

This report describes the findings and recommendations from a joint LEO/MPEP/BFS TDY to support USAID/Uganda in 2014. The purpose was to assist Mission staff in improving monitoring approaches for facilitation activities.

Economic Strengthening for Female Sex Workers: A Review of the Literature

Female sex workers (FSWs) have been identified as a key population in the global fight against AIDS. In concentrated, mixed, and even generalized epidemics, the contribution of sex work toward the onward transmission of HIV is substantial. &nbsp;HIV risk is directly related to the economic vulnerability of FSWs, the vast majority of whom report entering sex work for financial reasons due to lack of alternative employment opportunities.

Enabling environment and value chain/sector development are important for the successful integration of SMEs in the economy.

Hiring women to be sales agents to develop the embroidered garment value chain in Pakistan.

Hidden Sources of Growth? Looking at Microenterprises Through the Competitiveness Lens: A Review of Evidence

The effects of innovation and enabling environments on Microenterprises.

Ophavela is a MFI that oversees the rotating savings and credit associations in the rural districts of Nampula province.

CMN is an association of 2000 women focusing on issues of economic and social development.