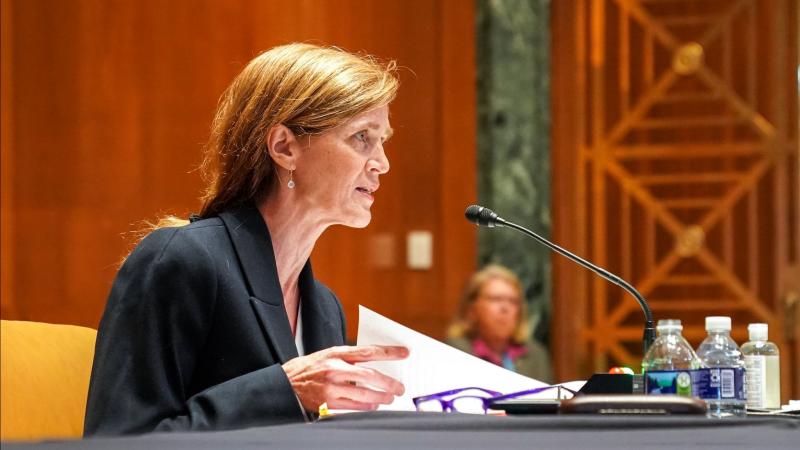 USAID Administrator Samantha Power will deliver remarks outlining a bold vision for the future of the U.S. Agency for International Development (USAID) and inclusive development around the world. The speech takes place as USAID celebrates its 60th anniversary.

The event is co-hosted by USAID, Georgetown University’s School of Foreign Service and Global Human Development Program, and the U.S. Global Leadership Coalition. 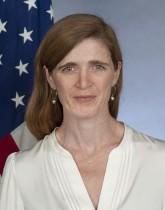 Samantha Power was sworn into office as the 19th Administrator of USAID on May 3, 2021.

In leading the world’s premier international development agency and its global staff of over 10,000 people, Power will focus on helping the United States respond to four interconnected challenges: the COVID-19 pandemic and the development gains it has imperiled; climate change; conflict and humanitarian crises; and democratic backsliding. Power will also ensure that USAID enhances its longstanding leadership in areas including food security, education, women’s empowerment, and global health.

Additionally, Power is the first USAID Administrator to be a member of the National Security Council, where she will ensure that development plays a critical role in America’s responses to a range of economic, humanitarian, and geopolitical issues.

Prior to joining the Biden-Harris Administration, Power was the Anna Lindh Professor of the Practice of Global Leadership and Public Policy at Harvard Kennedy School and the William D. Zabel Professor of Practice in Human Rights at Harvard Law School. From 2013 to 2017, Power served in the Obama-Biden Administration as the 28th US Permanent Representative to the United Nations. During her time at the UN, Power rallied countries to combat the Ebola epidemic, ratify the Paris climate agreement, and develop new international law to cripple ISIS’s financial networks. She worked to negotiate and implement the ambitious Sustainable Development Goals, helped catalyze bold international commitments to care for refugees, and advocated to secure the release of political prisoners, defend civil society from growing repression, and protect the rights of women and girls.

From 2009 to 2013, Power served on the National Security Council staff as Special Assistant to the President and Senior Director for Multilateral Affairs and Human Rights. At the NSC, she advised the Obama-Biden Administration on issues such as democracy promotion, UN reform, LGBTQ+ and women’s rights, atrocity prevention, and the fights against human trafficking and global corruption.

An immigrant from Ireland, Power began her career as a war correspondent in Bosnia, and went on to report from places including Kosovo, Rwanda, Sudan, and Zimbabwe. She was the founding executive director of the Carr Center for Human Rights Policy at the Harvard Kennedy School, and has been recognized as one of Time’s “100 Most Influential People,” one of Foreign Policy’s “Top 100 Global Thinkers,” and by Forbes as one of the “World’s 100 Most Powerful Women.” Power is an author and editor of multiple books, and the recipient of the 2003 Pulitzer Prize for Nonfiction.

Power earned a B.A. from Yale University and a J.D. from Harvard Law School. 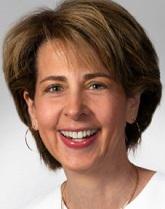 Liz Schrayer serves as President and CEO of the U.S. Global Leadership Coalition (USGLC), a broad-based coalition of over 500 businesses and NGOs that advocates for strong U.S. global leadership through development and diplomacy. Under her leadership, the USGLC has grown to a nationwide network of advocates in all 50 states and boasts a bipartisan Advisory Council, which includes virtually every living former Secretary of State, and a National Security Advisory Council consisting of nearly 200 retired three and four-star generals and admirals. 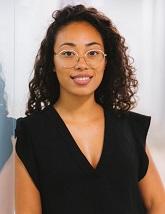 As a cultural anthropologist by training, and development practitioner in the making, Katryna Mahoney is curious about how individuals and collectives make meaning of lives in an effort to create and sustain inclusive societies.

Inspired by her undergraduate study abroad expedition to Rabat, Morocco in 2013 as a Gilman Scholar, Katryna returned to Morocco for 15 months as a Fulbright researcher to explore the socio-economic participation of West and Central African migrants in Casablanca. Fostering these interests, Katryna worked as a consultant for the Global Forum on Migration and Development (GFMD) in Geneva. She also led communications and advocacy efforts at Civitas Maxima, a Geneva-based legal representation of victims of war crimes and crimes against humanity. Currently, Katryna works as a Program Associate for Protection on the Humanitarian Policy and Practice Team at InterAction, reducing the risks that people face in humanitarian crises through promoting results-based approaches to protection.

Katryna holds an M.Sc. in Migration Studies from Oxford University and a B.A. in Anthropology & Sociology from Spelman College. She is from Maryland and currently resides in Washington, D.C. In her free time, Katryna can be found tending to her plant garden or giving thanks and sun salutations.

She will pursue graduate studies in international development in preparation for entering the USAID Foreign Service as a Crisis, Stabilization, and Governance Officer. Katryna considers herself privileged to carry out the legacy of the late Congressman Payne as a 2020 USAID Payne Fellow.

Mobilizing Finance to Migrant Communities (and Beyond)

Consumer Awareness of PAH Contaminants in Smoked Fish in Senegal