This webinar explored the care economy – a priority gap highlighted in the U.S. government’s first-ever National Strategy on Gender Equity and Equality. Speakers shared evidence on how investing in the care economy contributes to increasing gender equality in labor markets, and discussed frameworks and proven interventions to improve the provision of care services and enhance decent work in the care sector. 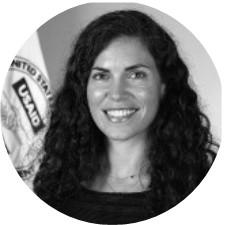 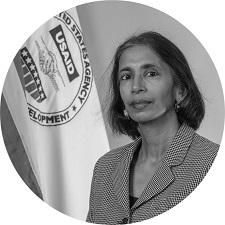 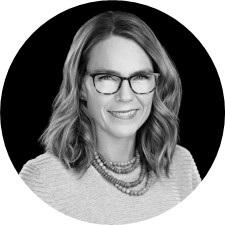 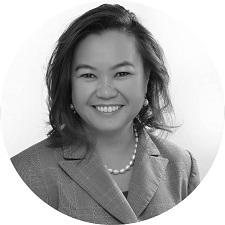 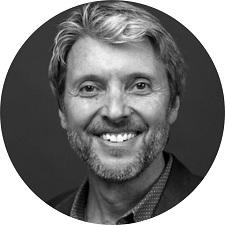 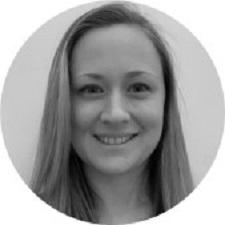 Jamille Bigio serves as the Senior Coordinator for Gender Equality and Women’s Empowerment in the Office of the Administrator. Prior to joining USAID, Ms. Bigio served as a senior fellow on Women and Foreign Policy at the Council on Foreign Relations, where she researched, lectured, and published widely on the relationship between gender equality, national security, and global prosperity.

She previously served as the director for human rights and gender on the White House National Security Council (NSC) staff and as the NSC representative on the White House Council on Women and Girls. At the State Department, Ms. Bigio served as senior advisor on national security and on sub-Saharan Africa to the U.S. Ambassador-at-Large for Global Women's Issues and was detailed to the Office of the Undersecretary of Defense for Policy and to the U.S. Mission to the African Union. Ms. Bigio led the interagency launch of the U.S. government’s first National Action Plan on Women, Peace, and Security, an effort for which she was recognized with the U.S. Department of State Superior Honor Award and the U.S. Department of Defense Secretary of Defense Honor Award. She also worked at the United Nations Office for the Coordination of Humanitarian Affairs in New York, Ethiopia, and Iraq (based in Jordan), and at the grassroots level for public health nongovernmental organizations.

Ms. Bigio is a graduate of the Harvard Kennedy School and the University of Maryland.

Bama Athreya serves as the Deputy Assistant Administrator for the Gender Equality and Women’s Empowerment Hub and the Inclusive Development Hub in USAID’s Bureau for Development, Democracy, and Innovation.

Ms. Athreya is an expert on international labor issues, gender and social inclusion, and business and human rights. From 2019 through 2021, she was an Economic Inequality Fellow at Open Society Foundations and Senior Advisor on Gender, Equity, and Inclusion to Laudes Foundation. From 2013 through 2019, she served as USAID’s Senior Specialist for Labor where she developed new programming to address labor rights, counter human trafficking, and promote women’s economic inclusion and was part of a working group to advance USAID’s approach to gender and social inclusion. She has developed and led multi-stakeholder initiatives with global corporations, and has worked and written extensively on labor and gender in U.S. trade policy. She is on the Board of Directors of Green America, Advisory Board for Worker Info Exchange, affiliated as a Fellow with Just Jobs Network, and a regular contributor to Inequality.org. She also hosts a podcast on the future of work, The Gig.

Ms. Athreya holds a Ph.D. in cultural anthropology from the University of Michigan, and a certificate in Strategic Management for Diversity, Equity, and Inclusion from Georgetown University.

Erin is the director of IDRC’s Sustainable Inclusive Economies program. Erin joined IDRC in November 2020. She brings over 20 years of experience in international development and humanitarian sectors within Canadian and international non-governmental organizations, United Nations agencies and bilateral development programs. She worked with the World University Service of Canada (WUSC) in Malawi, CARE Canada in Bosnia Herzegovina, the Unites Nations Refugee Agency in Thailand, Algeria and Ghana, the United Nations World Food Programme in various countries in sub-Saharan Africa and with the United States Agency for International Development (USAID) in Pretoria, South Africa.  Erin has worked on various applied research projects and was the coordinator of research for the International Organization for Migration’s (IOM) Partnership on HIV and Mobility in Southern Africa, generating new evidence and thought leadership in applied policy in this field.

Dr. Marina Durano is a feminist economist currently working as Adviser on Care Economy and Partnership Engagements with UNI Global Union. UNI represents more than 20 million workers in 150 countries working in private services sectors. Dr. Durano worked with the Open Society Foundations to develop a grantmaking portfolio to support care economies as a pathway to women's rights fulfilment. Her feminist activism has informed her analysis of international trade policy, gender responsive budgeting, and official development assistance. She has a Ph.D. in economics from the University of Manchester in the UK.

Gary Barker, PhD, is a leading global voice in engaging men and boys in advancing gender equality and positive masculinities. He is the CEO and co-founder of Promundo-US, which has worked more than 10 years in nearly 40 countries. He is also co-founder of Instituto Promundo in Brazil, which began work on healthy masculinities and male allyship more than 20 years ago. Gary is co-founder of MenCare, a global campaign working in more than 50 countries to promote men’s involvement as caregivers, and co-founder of MenEngage, a global alliance of more than 700 NGOs. He co-created and leads the International Men and Gender Equality Survey (IMAGES), the largest-ever survey of men’s attitudes and behaviors related to violence, fatherhood, and gender equality. He is a co-author of the 2015, 2017, 2019 and 2021 State of the World's Fathers reports. He has advised the UN, the World Bank, numerous national governments, and key international foundations and corporations on strategies to engage men and boys in promoting gender equality. In 2017 he was named by Apolitical as one of the 20 most influential people in gender policy around the world. He is an Ashoka Fellow and received the Voices of Solidarity Award from Vital Voices for his work to engage men for gender equality. He holds a PhD in Developmental Psychology and a Research Affiliate position at the Center for Social Sciences, University of Coimbra, Portugal.

Frances Beaton-Day is an Early Childhood Development consultant working with the World Bank’s Early Learning Partnership (ELP) team since 2016. She is the co-author of a recent World Bank report on childcare, Better Jobs and Brighter Futures: Investing in Childcare to Build Human Capital, and is coordinating a new cross-sectoral work program to encourage more and better quality investments in childcare across the World Bank portfolio. Fran is also supporting the design and implementation of several World Bank ECD operations including in Cote d’Ivoire, Liberia and Bhutan. Prior to joining the ELP team, Fran worked on ECD and education programs at Save the Children Australia and at Ark in London. She started her career as a management consultant, spending four years at the Boston Consulting Group in London before moving into the international development sector.