Women Without Borders: Q and A With Banyan Global's Lis Meyers on Women in Southern Africa's Informal Cross-Border Trade

Around 70 to 80 percent of informal cross-border traders (ICBTs) in the southern Africa region are women. Although cross-border trade empowers many women economically, it can also make them vulnerable to harassment and gender-based violence from corrupt border agents. These women also experience high taxation and trade regulations, unsanitary working conditions, and limited access to credit facilities and information on market opportunities.

On March 8, International Women’s Day, Agrilinks and Microlinks co-hosted a special event with Sait Mboob of USAID and Lis Meyers of Banyan Global exploring a recent USAID-funded assessment of women ICBTs in southern Africa conducted by Banyan Global. Speaking to a packed room, Sait and Lis shared their rich findings and recommendations on how to address these constraints through infrastructure, communications and training, regulatory support, and direct support, in turn promoting trade, gender equality, and women’s economic empowerment.

Agrilinks and Microlinks caught up with Lis after the event to continue the discussion about the research and its implications for trade, women’s economic empowerment and food security. Click here to access more resources on this emerging topic from the event.

Can you talk about how much of cross-border trade is agricultural and particular issues women face in this trade?

Agricultural products like vegetables were one of the most common things women were trading, even though they often were trading a range of other things.

Our desk research showed that in times of food crisis, informal trade was a way to bring food from an area of surplus to one of shortage and to source agricultural products not otherwise available locally. Many women ICBTs are also involved in marketing the agricultural commodities they bring back with them across the borders, so there are definitely food security implications. However, a lot of women highlighted constraints with perishable goods, given the many hours spent traveling to/from borders and waiting in line at borders. The goods are often exposed to the elements, potentially resulting in reduced freshness and hygiene, which has potential profit implications for ICBTs and food safety implications for the consumer.

Did your study look at what is actually driving women across the border to do business, and how they make decisions on what’s profitable to sell domestically versus internationally?

Anecdotally, we asked that if they were given a chance to formalize or go into another field, most said they wanted to stay in this business and seemed committed to ICBT as a lifelong path. It’s hard to know how much of that is because it’s what they know and believe to be possible. However, we did find that many ICBTs are engaged in trade because they found it more profitable than other alternatives. In terms of what, how and where to sell, these women are pretty adaptive and responsive to supply and demand shifts and trends. We found that much of the trade is seasonable — for example, women selling vegetables in warmer months and clothing in colder months. They are often local traders as well, so their businesses are not just across the border.

Why do women make up so much of informal cross-border trade?

It’s a great question and warrants further exploration. I can speculate, however, that challenges in accessing formal employment make them more likely to seek out opportunities like this. With informal trade, there is such a low threshold to get started in terms of capital, education or connections. It’s also a very flexible livelihood that can be a side job or sole source of employment, so it can serve as a resilience or coping mechanism for families.

You touched upon the lack of digital payments being used in these women’s businesses during the event. How do the traders manage diverse currencies?

Our study didn’t look into this, but it is an issue and something that warrants further research. Women talked about having to travel to nearby towns to access banking facilities, for example, as they are not necessarily available at the borders.

With regard to harassment and violence, how are women traders working together to minimize such incidents?

We interviewed a group of women who repeatedly traveled across the border to Lusaka, Zambia together. Safety in numbers was really important to them. They would form informal networks or groups, especially for long trips, and sleep in shifts so someone could watch over goods and prevent theft. They would also stay in accommodations together to help reduce the risk of gender-based violence. While spending long days away from home, they also just provided valuable companionship for one another.

What is your take on the COMESA Simplified Trade Regime, and how it could be improved to better respond to the needs of small-scale traders?

Our report discusses the COMESA Simplified Trade Regime in a policy section, and there is also a section in the annex that discusses policy implications in more detail.

What are you working on next?

We are working with the Southern Africa Seed Trade Project on similar research focused on women’s role in formal and informal seed trade in southern Africa. This will be a five-month qualitative gender analysis covering four countries. We are also working on organizing a global convening on women’s economic empowerment with women’s entrepreneurship and women’s empowerment in agriculture key conference themes to be held in Bangkok, Thailand this May.

We look forward to the results. Thank you again for sharing your fascinating work with our readers! 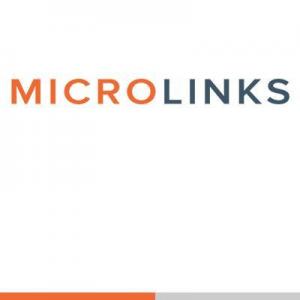 This October, Marketlinks Takes a Look at Markets in Crisis