Women Investing in Women in Senegal: A Look at How One Fund is Using Gender Lens Investing to Reach Women-Led Businesses in West Africa

Many women-led small and medium-sized enterprises (SMEs) in West Africa fall into the “missing middle.” They are too large for funding from microfinance institutions and too small and risky for banks and other sources of traditional finance. WIC Capital, a $20 million investment fund managed by the Women’s Investment Club Senegal, seeks to exclusively target women-led, early-stage businesses in West Africa. USAID INVEST interviewed Evelyne Dioh Simpa, Managing Director at WIC Capital, to discuss the challenges and opportunities of gender lens investing, and how donors and development agencies can better support first-time, women-led funds.

This post was written by Carolanne Chanik, INVEST Communications Coordinator.

The seeds of what would become the Women’s Investment Club Senegal grew over a lunch in 2015. It was International Women’s Day, and four women, a group of friends and executives from organizations like Dalberg and Deloitte, discussed the actionable challenges they saw facing female entrepreneurs in West Africa. Access to financing and accurate market information continued to bar women-led businesses from substantial growth, and it was taking its toll on the economy. The gender gap costs sub-Saharan Africa approximately $95 billion each year.

The women went on to launch an initiative that would improve the livelihoods of women across Francophone West Africa and increase their economic engagement — the Women’s Investment Club (WIC) Senegal. WIC Senegal was designed to give women in West Africa privileged access to modern financial instruments for inclusive economic development. What began as an idea over lunch blossomed into a continuously growing collective of 90 women in Senegal and 25 in Côte d’Ivoire who pool their resources together to make investments, and thus provide resources — capital, technical assistance, and networks — to women entrepreneurs across the region.

A few years later, WIC Senegal created their first fund — WIC Capital, a $20 million investment fund focused on growing women-led businesses in Senegal and Côte d’Ivoire by providing equity and quasi-equity investments, as well as tailored technical assistance and business support. The Fund brings institutional and individual investors — both local and international — to support and grow the SMEs. “The companies we support must be founded by women, at least 50 percent women-owned or run, or have a managerial team that is majority women,” explains Evelyne Dioh Simpa, Managing Director of WIC Capital.

I recently sat down with Evelyne Dioh Simpa to discuss her career, the obstacles and opportunities facing women-led businesses in West Africa, and how donors and development agencies can better engage in gender lens investing.

The following interview has been edited for length and clarity.

Carolanne Chanik: Let’s start at the beginning. What led you to gender lens investing?

Evelyne Dioh Simpa: I realized the power and impact that finance could wield early in my career while working for Société Générale, a French multinational bank in Paris. Companies either grew or failed depending upon their access to funding, and I decided I wanted to get involved. I moved back to Senegal to work as a capital provider, and realized my calling was to help develop the private sector in Francophone West Africa. SMEs are driving economic growth in Africa, and their success in the market contributes to improvements in living standards and employment, which benefits the continent as a whole.

For a while, I worked for FONSIS, Senegal’s sovereign wealth fund, managing investments across sectors like energy, agriculture, and industry. I loved the work and engaging with the entrepreneurs, but I felt I could do more. In 2017, I joined WIC Senegal, which was the perfect opportunity — a chance to increase access to capital for SMEs, while simultaneously improving the lives of women.

Chanik: Looking at the landscape, what’s the reality for women-owned businesses in West Africa?

Dioh Simpa: Female entrepreneurship is not where it should be just yet. In Senegal, for example, about 31 percent of entrepreneurs are women, and while that’s higher than a lot of other countries, we’d love to see it closer to 50 percent.

Additionally, women-led businesses are generally operating at a very small scale, generating, on average, less than $200,000 in revenue per year or at an informal level — without a business license — leaving them ineligible for legal benefits and funding opportunities. This makes access to traditional financing mechanisms, such as banks and microfinance institutions, tricky. These SMEs exist in the “missing middle” where they are too big for microfinance institutions and too small and risky for banks and other funds. As a result, about 44 percent of women entrepreneurs finance their businesses by borrowing money from relatives, and only 3.5 percent borrow from banks and microfinance institutions.

This is where WIC Senegal comes in. As an investment club, we’ve invested more than XOF 800 million across the West African Regional Stock Exchange and through WIC Capital, our investment fund. As WIC Capital, we are proud to act as an alternative funding option for these businesses to access equity and quasi-equity when traditional funding mechanisms fail, meeting the “missing middle” with investment sizes between $50,000 and $250,000. Through our Fund, we provide our portfolio companies with the capital and technical services they need to scale and create jobs.

Chanik: How do you think donors and development agencies can better support gender lens investing?

I would also urge donors and development agencies to consider smaller-sized funds. As I mentioned, WIC Capital is a $20 million fund in total, investing $50,000 to $250,000 per investee. We started this journey saying that we would raise only $15 million, and as a result, we were overlooked. Many development finance institutions were looking to support funds with investment ticket sizes closer to $5 or 10 million per investee, and other funds were looking to deploy $1 million. We believe that’s too much money for women-led businesses in the region; they aren’t ready for that amount of capital quite yet. That’s why I urge development actors to first think small, and later look for a big impact. In West Africa, we need to build the pipeline of women-led SMEs first, and for that to happen, we need smaller, focused pools of capital.

Chanik: Can you talk a little bit about the work you’re doing with USAID INVEST?

Dioh Simpa: INVEST is working with WIC Capital. WIC Senegal started the Fund, a first of its kind in the region, with our own capital pooled from the investment club. Now with the support of INVEST, we are fundraising from outside institutions, foundations, high-net-worth individuals, and, of course, sources of local capital. Through $500,000 in catalytic funding from USAID, we hope to attract more risk-averse investors by building a first-loss layer into the Fund to protect invested capital against losses incurred by portfolio companies.

While fundraising, we have started deploying capital and have invested in four women led businesses, allowing them to access $1.5 million in financing to grow their businesses, creating 200 new jobs. WIC Senegal also set up an in-house technical assistance facility, WIC Academy, to provide comprehensive support to WIC Capital’s portfolio companies. We hope all of these efforts will lead WIC Capital’s pipeline of entrepreneurs to scale, thus demonstrating to investors that it’s profitable to invest in small, women-led businesses in our region.

Since our work with INVEST began, we’ve mobilized additional first-loss capital from the Dutch Development Bank, FMO, and we’re in advanced discussions with capital providers across Senegal and Côte d’Ivoire. The fact that we have USAID’s support provides our Fund with more legitimacy and shows other institutions that a huge entity like USAID has trusted us to safely and smartly deploy capital.

Chanik: Can you provide an example of a women-led business in WIC Capital’s portfolio?

Dioh Simpa: We invested in a chain of local bakeries run by a woman whose main material is locally sourced, organic cereal. She’s not only growing her business, but she’s also creating positive social impact by working with other women along the supply chain — grain producers, processors, and bread distributors. The company can generate revenue and create a nutritious and organic product for the community.

Chanik: How has COVID-19 affected your work?

Dioh Simpa: Our work with INVEST actually began during the pandemic; we made our first investment in June 2020, so we’ve been carrying on as proposed. For us, our mission to deploy capital to woman-led businesses is now more important than ever during COVID, because they are often the most vulnerable business owners. Measures taken to encourage credits (for ex. partial guarantees to the banking sector) will not reach women-led businesses, which were not eligible to this funding before the crisis. Our job is to come in and fill that gap so these businesses can continue to grow and create jobs despite the pandemic.

Chanik: What advice would you give to a firm that’s never worked with USAID before?

Dioh Simpa: If you’re responding to one of USAID’s Requests for Proposals for the first time, consider reaching out to a firm that’s already worked with the Agency. USAID is a great collaborator with a huge network, so you should take advantage of the knowledge of past partners. Sharing knowledge helps everyone to grow.

Additionally, USAID has more flexibility than you’d expect. In our experience, all of the teams that WIC Senegal and WIC Capital have worked with at USAID have listened to and learned from us. They are willing to understand what we are uniquely experiencing as a Fund Manager, through WIC Senegal, and as a Fund, through WIC Capital, operating in emerging markets.

This post is made possible by the support of the American People through the United States Agency for International Development (USAID). The contents of this blog are the sole responsibility of INVEST implemented by DAI and do not necessarily reflect the view of USAID or the United States Government. 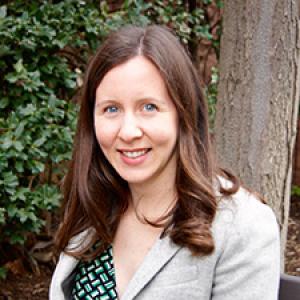