Let’s be real: poor women in rural regions inevitably work. And yet, they are disproportionately absent from the labor market. In his post on April 1, Bernd Muller pointed out misconceptions regarding "thinness" of rural labor markets. These misconceptions apply doubly to women.

Women are "missing" from visible, rural labor markets in many contexts, and it’s not just because we are failing to count them. There are real social and economic barriers to women’s ability to access even the meager jobs that do exist.

We all have seen the evidence that, in many settings, women have less access to productive resources and assets such as land, credit, and skills training, leading to fewer opportunities for formal employment or even formally recognized self-employment. In addition, in many countries, women and men experience access to labor markets quite differently. For example, social restrictions on women’s ability to travel within or beyond their immediate communities restricts their ability to work outside of their homes. These sociocultural norms may be more profoundly reinforced in poor, rural regions than in industrialized, urban settings.

Yet despite these constraints, women work. We know that, globally, women make up approximately 43 percent of the formally documented agricultural workforce, according to the Food and Agriculture Organization (FAO). Women also constitute a disproportionate number of workers in the informal sector. Workers in the informal sector range from street vendors to microentrepreneurs to home based producers to day laborers.

On a recent temporary duty trip to Egypt, I joined a team that had the chance to closely investigate rural communities where formal unemployment is high, household incomes are low, and families are poorly nourished. Households clearly need additional income-earners. Yet, women are almost entirely absent from labor markets. Although the field team did not collect systematic data about the extent of women’s employment, anecdotally the team confirmed that it is common for women not to seek work outside the home once they are married. Women, apparently, are intentionally restricting themselves to the informal sector and particularly to home-based work. It was more common for women to engage in income-generating activities in the home, such as making jams and preserves or processing yogurt and cheese to sell in local markets.

And yet, employers in the region who are seeking to invest in improvements in the value chain for fruits, vegetables, and other agricultural products complained to us about labor shortages. Workers are needed in these areas for farm and post-harvest processing work. Employers interviewed actually indicated a preference for hiring women workers but said they have difficulty finding, recruiting, and retaining them. There is a labor market failure — but why?

To a very significant extent, we found a latent workforce that was unable to overcome two significant barriers to getting to jobs. The first barrier is a well-grounded concern about the risk of gender-based violence in travel to and from the work site. A 2013 UN Women report found that 99.3% of women in Egypt report having been sexually harassed, and 91% feel insecure on the street. Public harassment of women, most often by young men, has resulted in women leaving or never joining the workforce. The potential for GBV in agricultural employment, not only in Egypt but worldwide, is high. In another targeted study of Kenya’s coffee, tea, and horticulture sectors, researchers found that nearly 90% of women workers interviewed reported exposure to sexual harassment.

In Egypt, we found that there had been a significant drop in female enrollment in regional Agricultural Technical Schools in recent years, and parents, teachers, and students themselves reported that this was due to the increased fear that girl students would be harassed on the way to and from school as well as within school. Many interviewees similarly reported that women in the community would not be willing to travel to a work site, such as a farm or a post-harvest facility, unless they and their families were assured they would be accompanied by someone they trusted to keep them safe. Women workers are reluctant to take jobs without a safe and trusted intermediary to guarantee their safety and security not only in travel to the job site but also on the job site.

This leads directly to the second barrier to rural women’s employment: asymmetric information. In simpler words, women just don’t know where the jobs are. Interviews with employers and with rural community members all confirmed that an informal system of labor brokers is the primary means by which employers recruit employees in this sector. From a community perspective, the brokers play a necessary role in keeping women "safe." However, the cost is high, and there are no alternatives. Labor brokers are the sole source of transport to the work sites, and thus have significant leverage regarding terms and conditions of employment both for workers and for employers. Brokers were reported to withhold a significant share of the female workers’ earnings. Interviewees said that the reason the brokers were needed was to provide safe transportation to work sites. The labor brokers are not organized or regulated. It is not known whether or not they have networks with one another.

These informal labor brokers play a role, but it is a role that comes with a significant cost for both workers and employers. Employers face a bottleneck that constrains their access to the workforce they need, and workers are stripped of employment options – even in markets where jobs exist. This situation is hardly unique to Upper Egypt; the informal labor broker scenario is a common one throughout rural labor markets and around the world.

What can be done? We need to solve the problem of asymmetric information and to make sure we use a gender-inclusive approach to tackling this problem. A good first step would be further research to understand how labor brokers operate, given the critical role of such brokers around the world and the clear distortion they pose to labor markets. Indeed it is quite amazing that virtually no systematic research on this subject has yet been undertaken.

Also, employers and governments should be able to move forward to tackle the barriers imposed by fear of gender-based violence. This doesn’t just affect rural women, though it does disproportionately affect poor women. Employers, communities, and local governments can partner to develop safe transportation options. Even small worksites, such as farms and post-harvest facilities, can make sure that all supervisors are trained in appropriate behavior, that there are safe channels to report gender-based violence, and that there are sanctions for violations. Assuring women of safety and security at work is an important step toward removing the invisible barriers that keep them out of job markets. 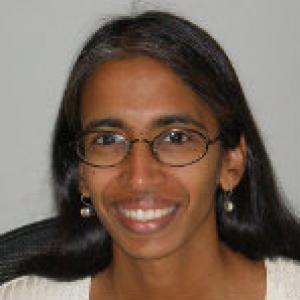 Are We Too Focused on Access to Credit? Agent Banks Boost Resiliency During COVID-19 Pandemic

A Systemic Approach to Inclusive Markets for Refugees and Host Communities