Why LGBTQ+ Inclusion Matters in Agriculture and Market Systems Development

Authored by Jenn Williamson, Vice President of Gender and Social Inclusion at ACDI/VOCA

The negative effects of LGBTQ+ discrimination and exclusion are many. Stigma, lost earning potential, harassment, violence, and homelessness have more than just negative psychological and social impacts; they also take an economic toll on individuals, households, and countries.

A 2014 study conducted by the World Bank observed that discrimination against LGBTQ+ people in India could be costing that country’s economy up to $32 billion a year in lost economic output. In Honduras, ACDI/VOCA’s research found that LGBTQ+ youth leave rural areas at higher rates because of rejection by their families and communities. These youth move toward cities and urban areas at the cost of rural agrarian communities that are already facing labor shortages caused by outmigration and a lack of youth interest in agriculture.

When individuals can be who they are and do what they value, their well-being improves. Productivity also improves when LGBTQ+ individuals have equitable access to education and training and are treated equally in the labor market.

Studies have overwhelmingly shown that businesses benefit from greater diversity, which leads to innovation, positive brand reputation, and expansion into new market segments. A diversity of market actors performing different functions is also an attribute of resilient market systems, as described by USAID’s Market Systems Resilience Framework. As market systems become more resilient, they are better able to respond and adapt to shocks and stressors.

What’s more, countries that come closer to full LGBTQ+ equality have higher levels of GDP and other measures of economic performance, such as capital stock and international trade, according to a 2014 study by USAID and the Williams Institute at the University of California, Los Angeles. This study reviewed data for 39 countries over a period of 22 years and found that countries with more LGBTQ+ rights had higher levels of well-being, including educational attainment and life expectancy.

An inclusive approach to market systems development helps engage marginalized populations in local markets as buyers, sellers, employers, and consumers who collectively help improve each other’s livelihoods. To make markets inclusive, ACDI/VOCA’s approach is to look beyond the symptoms of poorly performing markets to uncover the root problems, such as discrimination.

However, collecting data about LGBTQ+ populations in agriculture and market systems development contexts is a challenge. There is a global data gap in LGBTQ+ participation, barriers, opportunities, risks, and needs in rural value chains, supply chains, and supporting systems. There is also a broad gap in data in LGBTQ+ workforce-related needs as well as employer and institutional attitudes, perceptions, and challenges to employing members of this group. All countries have their own unique contexts, and, without first collecting this data, it is hard to make informed programing decisions on inclusion strategies for LGBTQ+ groups.

Program implementers often lack the appropriate tools and processes to collect this data, and — because LGBTQ+ inclusion has not previously been a key approach — they often lack the funding, staff, and partners needed to develop such tools and processes. Safe data collection is an essential first step. This means not just monitoring LGBTQ+ individuals but also analyzing how norms affect them and their ability to participate in markets. Once analyzed, it is possible to identify places in the system to apply transformative approaches to LGBTQ+ inclusion.

Partners, including LGBTQ+ organizations, are powerful influences on systems, making their involvement in development programming crucial. For example, using a will-skill matrix, an implementer may identify a private sector partner that has high skill but low willingness to promote LGBTQ+ inclusion. The implementer could then develop an approach to build this partner’s awareness of the benefits of LGBTQ+ inclusion as well as the awareness of its own staff and stakeholders. For example, in Colombia, the USAID-funded Program of Alliances for Reconciliation, implemented by ACDI/VOCA, developed a network of “reconciliation ambassadors,” many of whom represented LGBTQ+ groups. These ambassadors provided information to the program and served as the face of the program in local communities, delivering messaging and serving as champions.

Whether collecting data or training participants, implementers should consider the specific risks LGBTQ+ groups face in rural and agriculture settings, in markets and workplaces, on social media and online, and in program activities. Safeguarding against risks and using an inclusive approach can not only make markets more competitive and resilient but also improve the well-being of LGBTQ+ individuals. 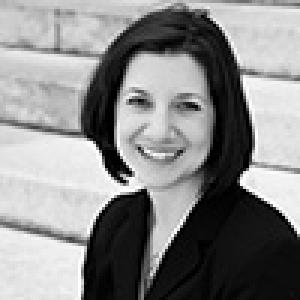 The Nature of Conservation Enterprises