Where are all the Rural Wage Workers? On Labor-Blindness and Its Causes

“Most of the world’s poorest people are subsistence farmers.” This, and similar statements, probably sound very familiar to rural development and agricultural market systems programmers and practitioners. What’s more, the Guardian recently used it to frame a live Q&A on how to support farmers.

The statement speaks to a widespread conviction that rural poverty is mostly related to smallholder farming. In turn, a dominant assumption is that rural labor markets are “thin” or even absent, particularly in sub-Saharan Africa.

Sure, most statistics such as those found in the WDI and LABORSTA databases appear to confirm this view. They tell us that, for example, in Ethiopia less than 1 percent of rural women and less than 2 percent of rural men spend any time in wage work. Similarly, only 11 percent of Tanzanian households allegedly participate in rural wage employment. The message is seemingly clear: wage labor simply is not that important.

But specialized labor market surveys tell us remarkably different stories. For instance, in Ethiopia and Uganda, a recent study found that among the large random sample in diverse rural areas, consistently between about 40 percent and 60 percent of adults worked for wages in agricultural export crop production in the preceding 12 months. And a smaller study in Tanzania found that 58 percent of rural households participate in (mostly casual) wage labor, with the poorest quintile deriving about 65 percent of their income from such work. These are not isolated cases! Examples from many other countries confirm this pattern of “invisible” wage labor, particularly in rural Africa.

How can these stark discrepancies between official statistics and specialized labor market research be explained? Much of the answer has to do with survey methods and questionnaire design, including these issues:

A striking example from World Bank’s Living Standards Measurement Surveys highlights these issues. They list the number of individuals participating in rural wage employment as 4 percent in Nigeria, 9 percent in Ghana, but 39 percent in Malawi.

What is so different about Malawi’s rural economy? The most probable answer is surprisingly simple: only the Malawian questionnaire used the appropriate local term for casual wage labor (ganyu)! Similar forms of labor do, of course, also exist in Ghana, where 59 percent of cocoa workers are so-called day laborers, and in Nigeria where another survey found that almost 44 percent of rural households participate in wage labor.

This systematic underreporting of rural wage labor has tremendous implications for rural development and poverty reduction work, and it leads to wrong assumptions and potentially misplaced foci (e.g. only on promoting microenterprises or supporting smallholders). Thus the poorest households – who typically derive the majority of their incomes from wage employment – are often sidelined.

It is time that we end this labor-blindness and begin to acknowledge rural wage workers as key beneficiaries of our work and wage labor as a key factor for achieving poverty reduction and resilience objectives.

To promote this process, the Leveraging Economic Opportunities (LEO) project recently launched a learning initiative around labor and poverty in market systems programming. Key findings from the evidence stocktaking were covered in a well-received presentation to USAID, now available on Microlinks. A forthcoming report will provide a detailed discussion of how rural development programmers and implementers can better include wage labor in their work.

Improving data collection and analytical components in programs will be one first, important step in the right direction. Our evidence-based designs rely on it. 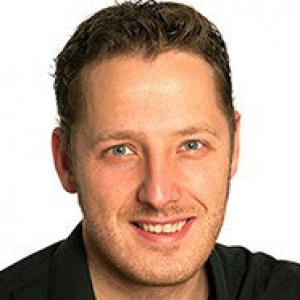