“But What Is It Doing To the Markets?” Developing Tools and Guidance to Understand and Influence the Effects of Humanitarian Assistance on Market Vendors

This blog was co-written by Laura Meissner, Emily Sloane, and Clare Clingain.

In humanitarian response, agencies can provide needed resources in kind to affected families-- or, as is increasingly becoming the norm, through cash transfers or with vouchers. Proponents of cash and voucher assistance (CVA) generally agree that, in addition to being fast and efficient, cash and vouchers can channel humanitarian-assistance funds through local vendors and increase the funds circulating in the local economy. This should help critical local market systems recover, in a process known as the “multiplier effect” (see here, here or here for more).

Some additionally claim that since cash can be spent anywhere, whereas vouchers must be spent only at participating vendors, cash should be even better at propagating benefits throughout local markets. However, the multiplier effect isn’t uniform in all contexts, and is often assumed rather than actually measured.

That’s what USAID’s Bureau for Humanitarian Assistance (BHA) and the International Rescue Committee (IRC) are trying to determine by partnering on the project “Generating Evidence on the Effect of Cash Relief on Local Markets.”  By the end of the project, we expect to have evidence on which factors influence local vendors' ability to participate in commercial activity in crisis-affected markets. This includes evidence on the effect of humanitarian assistance delivered through unrestricted cash and through vouchers. And that evidence, in turn, will help USAID, its partners, and the broader humanitarian community select the best mix of programming approaches - including direct support to vendors themselves - in different contexts to maximize benefit.

Thus far, the project has focused on vendors in Chad’s Lake Region. With input from an external technical advisory committee and through desk research, we developed  quantitative and qualitative research instruments. The qualitative tool focused on understanding vendors’ challenges and support needs and the effect of cash and voucher assistance on the market. Meanwhile, the quantitative tool was intended to rapidly capture vendor “health,” defined as a vendor’s capacity to engage in commercial activity and profit from market opportunities. This was designed mainly to help us capture the effect of cash and voucher assistance on vendors of different “sizes,” but could potentially be used for other purposes as well. After the initial tool development, we collaborated with IRC’s Chad-based staff to contextualize and refine the tools.

In November 2019 and again in March 2020, our team interviewed a total of 370 vendors across five markets in the Lake Region, using the quantitative tool once in the first round of data collection and the quantitative tool during both rounds. Throughout the subsequent analysis process, responses have been disaggregated by the sex and business size.

Fieldwork is currently on pause due to the ongoing COVID-19 pandemic, but preliminary results from Chad indicate:

What’s next? Context permitting, we’re planning to replicate some of the research in another country over the coming months, which should help us to further refine our results and help us develop recommendations. Look for our learning products -- including a tool to measure vendor health; a market support guidance document; a research report on our fieldwork findings; webinars and other events --  coming in mid-late 2021 here on Marketlinks as well as on Markets in Crises and CaLP.

Meanwhile, we invite you to continue the discussion. What are we missing? How can USAID and partners best promote market-sensitive, market-supporting effective humanitarian assistance? 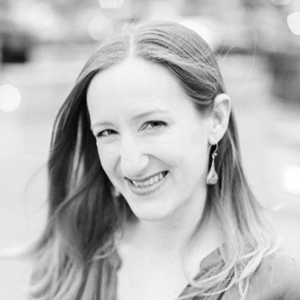 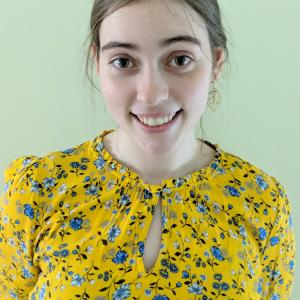 This September, Marketlinks Explores the Economic Impacts of Climate-Related Shock