USAID’s Development Credit Authority: On a Mission to Increase Access to Finance Around the World

Worldwide, only about forty percent of adults in developing countries have an account in a formal financial institution, and eight out of ten small businesses in emerging markets cannot access the capital necessary to grow.

Millions of entrepreneurs with promising enterprises cannot start or grow their businesses because they simply cannot secure access to credit. Due to this lack of access, countless enterprises are never realized, enterprises that could greatly contribute to local development through the hiring of employees, increased commerce and services, increased revenue for the government through taxes, and, of course, the significant benefit to the entrepreneur’s own life through a sustainable and livable income.

The importance of access to credit can be seen in the Philippines in the feed milling industry.

Case Study on the Importance of Access to Credit

The feed milling industry plays a key role in supplying meat and poultry products in the Philippines. Increased milling capacity and efficiency allows millers to offer their feeds at lower costs, which eventually results in lower prices of meat and poultry products for consumers. This ultimately makes food more accessible and affordable for families across the country.

Primera Agro Development Corporation (PADC) is a commercial operator in the Philippines that mills, produces and distributes poultry and livestock feed. It has been in operation since 1992 and works alongside 50 other millers located in Lipa City in the province of Batangas to meet rising national demand for animal feed.

To keep up with the growing demand for feed, small- and medium-sized enterprises like PADC need to upgrade their machinery, but most lack the capital and access to credit needed to do so.

This is where USAID’s DCA steps in to provide risk mitigation by partnering with local banks via a credit guarantee agreement, which encourages banks to lend to underserved borrower groups. As borrowers pay back their loans and prove their profitability, a market demonstration effect may be seen, which creates incentives for surrounding financial institutions to lend to underserved borrowers as well.

“Due to rising demand for livestock and poultry feeds, PADC needed to acquire new equipment to help improve its production capacity so that it could sell to more markets at more competitive prices,” explained Ms. Maria Theresa C. Tayag, General Manager.

“This has enabled the company to increase its production capacity from 10 to 25 tons per hour. It has doubled its workforce from 20 to 40 regular employees and more than tripled its number of contractual employees from 30 to 100 workers,” Ms. Tayag said.

She also reported that PADC now has almost 300 distributors, which has created more businesses and employment opportunities in the area. Today, PADC is counted as one of the top 15 feed millers in Batangas. It is hoped that the success of PADC will encourage surrounding banks to lend to similar borrowers.

There are countless companies in the Philippines and throughout the developing world that have significant potential for growth and success. Small- and medium-sized enterprises help generate investments and create employment opportunities. By supporting these key players in the development field, USAID’s DCA contributes to higher incomes, improved economic productivity, and lasting stability and prosperity worldwide. 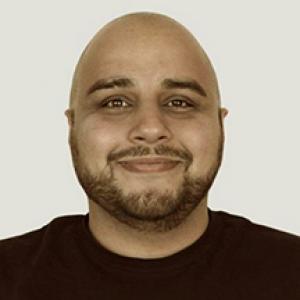 Childcare and Women’s Economic Empowerment: What’s The Link and What Can The Market Systems Approach Add?