Employment is a fundamental aspect of a country’s development and the wellbeing of its people. Uganda illustrates the challenge that many sub-Saharan African countries face to promote employment progress. Namely, how to kickstart a process of economic and employment transformation from a low base. In a recently concluded project, Overseas Development Institute (ODI) investigated the changes experienced in Uganda and the drivers behind this progress. The insights, summarized in this report, are many.

In 1990, Uganda was a war-driven, economically unstable country with more than half of its people living in poverty and most of them working in subsistence agriculture. Twenty-five years later, the country’s employment structure has changed considerably. According to data from the Uganda National Household Survey (UNHS), the share of people employed in agriculture has declined from 82 percent in the early 1990s to 70 percent in 2010. This means that, while declining, agricultural employment is still very important.

However, while in 1992 more than half of Ugandans relied on agricultural activities as their only source of income, today, only 26 percent do so. Because people in developing countries often get two or more jobs at the same time rather than switching entirely from agriculture into industry or services, looking at household livelihood activities reveals a stronger transformation than what is shown by the statistics of the primary source of employment.

Ugandan farmers have diversified their output, commercialized some activities, and increased their productivity levels, which has allowed them to free up time and resources to combine agriculture with wage employment—especially in small, non-farm household businesses. Accompanying these changes, there has been an incredible reduction in poverty. The share of working poor — people who are working but living in households where income falls below the $1.25 poverty line — has also declined dramatically from 66 percent in 1992 to 35 percent in 2010.

These changes have been brought about by a combination of factors and policies implemented over the long run — macroeconomic stability, export diversification, health, education and financing for the private entrepreneurial sector. All of these have contributed to employment progress. Interestingly, employment progress has not been an explicit policy until very recently. In 2011, the government launched its first comprehensive employment policy, the National Employment Policy of Uganda, and just recently, the first ever evaluation of the government’s employment strategy.

Promoting long-term employment progress is not an easy task. To face the country’s current employment challenges, namely, a large informal sector, mismatched skills, productivity gaps, and the need to provide productive employment for a growing number of young people, the country needs to put employment in the spotlight. Such an explicit focus on employment will require going beyond the interest of promoting high rates of economic growth and looking more deeply into the specific linkages between enabling policies for businesses and the small and medium size private sector, as well as employment and well-being outcomes.

Finally, while the changes described for rural households and the diversification out of subsistence agriculture are encouraging signs of early stages of economic transformation, continuing in this path will require greater productivity improvements within agriculture, as well as transitioning workers to more productive activities. In Uganda, links between agriculture and industry, attempts to promote value chains in the investment strategy of the country, and strengthening regional market opportunities will contribute to movements between sectors. What’s more, improvements in human capital will enable workers to take advantage of employment opportunities in more productive sectors.

For more resources and thought-provoking blogs from ODI on employment, visit our resources page. Also, keep an eye out on Microlinks for the LEO project’s evidence review on the linkages between wage labor and pathways out of poverty for the poorest (to which ODI’s Andrew Shepherd contributed as a member of the technical advisory team). 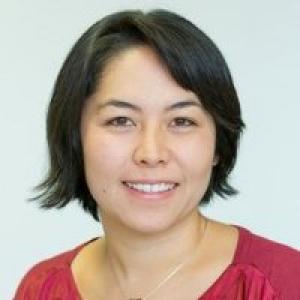