About the Author: Paul Fekete is a Senior International Trade Advisor at the Center for Economics and Market Development in the Bureau for Development, Democracy and Innovation at USAID.

The World Trade Organization’s Trade Facilitation Agreement (TFA) aims to streamline the flow of goods across borders. The TFA has the potential to catalyze Micro, Small, and Medium Enterprises (MSMEs) engagement in global trade, open critical growth opportunities, and  reduce poverty. However, since the TFA entered into force in 2017, implementation has progressed slowly, especially in USAID partner countries.

“SMEs are the inclusive growth vehicles of the future and the world's largest potential source of new jobs.”

MSMEs are critical engines for growth in developing countries typically accounting for the largest share of GDP, and are the primary source of employment. With the expansion of regional and global value chains and ecommerce, MSMEs are increasingly aware of the opportunities presented by international trade. Unfortunately, most MSMEs find it difficult to trade because they lack the skills, knowledge of foreign markets, and/or resources to effectively navigate international border procedures. Streamlining the rules and procedures of trade can assist resource-constrained MSMEs by providing important opportunities for growth at both the enterprise and economy level.

The TFA aims to make participation in trade easier for enterprises across WTO member countries by improving transparency, ensuring predictability, and simplifying procedures. For firms engaging in trade, the TFA addresses both fixed and variable costs by reducing the time and expense associated with procedures for each shipment and improves the transparency of documents necessary for accessing markets." It is estimated that full implementation of the TFA could reduce trade costs by an average of 14.3 percent. Additional research suggests that cost savings from improved trade facilitation would amount to more than eliminating all remaining global tariffs.

Smaller firms are also typically more resource constrained and more vulnerable to the fixed costs of inefficient trade systems. While improved trade facilitation may help firms of all sizes, MSMEs stand to reap the greatest benefits from the TFA because it  addresses inefficient documentation and data requirements; lowers guarantees and thresholds; and streamlines declarations and procedures.

“Trade facilitation reforms improve a country’s trade competitiveness and enhance its revenue collection. What is more, they can help advance development goals such as strengthening governance and formalizing the informal sector.”

Benefits of the TFA also extend to MSMEs beyond those directly engaged in trade. When fully implemented, the TFA will lead to an improved business enabling environment by supporting formalization, improving accountability, enacting legal reform, helping modernization efforts, and fostering sustainable development outcomes. Streamlining rules and increasing transparency makes compliance with governmental regulations easier, encouraging firms to formalize and increases accountability of government service providers. The codification of rules, processes, and procedures under the TFA often requires review or reform of laws and regulations which may spill over from a country’s customs agency to other related agencies. Together these improvements in the business enabling environment can spur modernization, boost domestic competition, and attract foreign investment, which supports long term sustainable development for MSMEs and the broader economy.

For more information on how to work with EMD or any of its portfolio of projects or resources please contact the Center for Economics and Market Development at [email protected]. 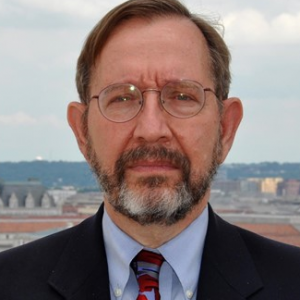 How to ensure that emerging digital regulations enable developing countries’ trade and ecommerce?