Taslima Begum stands in her sunflower field in the Barisal Division of Bangladesh. Photo: ACDI/VOCA

Bangladeshi women face disadvantages in many aspects of their lives, including economic opportunities that could generate more income and food security for themselves and their families. And while women make up a large part of Bangladesh’s agricultural workforce, they are rarely at the forefront of commercial agriculture. Engaging women in more diverse agricultural activities could change this. How might it be done? Involving the private sector may be key.

The Feed the Future Bangladesh Rice and Diversified Crops (RDC) Activity, funded by USAID and implemented by ACDI/VOCA, creates transformational business relationships between companies, male and female farmers, and others in priority crop value chains in the Dhaka, Khulna, and Barisal divisions of southern Bangladesh. RDC applies a market system development approach, aligning incentives and catalyzing investment in these priority crop sectors. Gender mainstreaming is imperative to the success of this approach.

In six coastal districts of southwestern Bangladesh, high soil salinity makes growing many nutritionally important legumes and oil seed crops impossible. As some of the most vulnerable populations live in these districts, many families cannot afford to buy legumes or oil. Cooking oil especially adds to the caloric value of food, which reduces stunting in children. By growing sunflower, which is saline tolerant, farmers — who are often single women — can obtain cooking oil by processing some of their crop at local mills. This costs 50 percent less than purchasing soybean oil. As a result, sunflower cultivation, particularly among women, is growing in popularity.

Because of this partnership, women like Taslima Begum, of the Barisal Division, gained a secure price for their sunflower crops, while NCPL gained stable suppliers. Taslima applied the improved production techniques she learned from NCPL to increase her yields. This allowed her to earn more at a competitive price, while retaining a portion of her crop for oil consumption at home.

“I was happy to get some training allowance and quality sunflower seed from [NCPL]. Now it is my pleasure that I can bear the education expenses of my children and also bear the household expenses.” — Taslima Begum, a female sunflower farmer

In Jessore, Bayer Crop Science, the global division of Bayer Crop Protection, runs 17 crop clinics to give farmer advisory services free of charge. Here, farmers can bring samples of their crop, and clinic advisors will advise them on how to treat for pests or diseases. When Bayer Crop Science teamed up with RDC, they set out to ensure that at least 10 percent of all farmer ambassadors, who reach out to communities, were women. To date, Bayer has appointed 791 farmer ambassadors, 15 percent of whom are women.

“Engaging [female] farmers more exclusively may be a new initiative for Bayer Bangladesh. My team will be dedicated to extending the service of Crop Clinic to the farming community, including more [women’s] engagement with our available scope and resources.” — Johirul Islam, Bayer Crop Science’s channel marketing manager

When PCF Feed Industries, an animal feed producer, decided to start buying its maize from southern Bangladesh, the company teamed up with RDC to work directly with farmers. Maize is a commercial cash crop in Bangladesh dominated by men, but many women work in its post-harvest processing.

Realizing the mobility issues Bangladeshi women face, PCF Feed Industries held maize production and marketing trainings with farmer groups locally, allowing women to attend without having to travel long distances. Because the husbands of many women work as day laborers, many female farmers could also attend in their place. Although few women typically attend trainings, 20 percent of participants in this case were female. These female farmers not only learned to improve their post-harvest processing, but also influenced other cultivation practices by later sharing the information with their husbands.

Despite their distinct sectors, NCPL, Bayer Crop Science, and PCF Feed Industries have committed to engaging women in their business models. Each received certificates from RDC recognizing their role in gender inclusive business practices. As profits and competition grows, other companies should follow their lead. 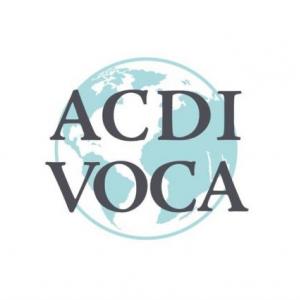