Sustainable and Scalable Approach to Vitamin and Protein Supplementation in Haiti

Man on bicycle for Made in Haiti V’ice Transport. Photo Credit: V'ice Haiti

As Haiti observes the 10th anniversary of its devastating 2010 earthquake, it remains a country in peril with millions living below the poverty line. Some 58% of all households in Haiti are food insecure, and anemia afflicts two-thirds of children under five, three-fourths of children under two, and 60% of pregnant women. With 30% of children under five years old stunted, there are critical vitamin and mineral deficiencies among the poor population in Haiti.

In December 2018, the non-profit Social Ventures Foundation (SVF) launched its social micro-franchise business model V’ice Haiti in Port-au-Prince. The foundation chose Haiti because it is the poorest nation in the Americas and one of the roughest places to do business in the world. Success here translates to success in most developing nations.

V’ice Haiti focuses on employing the poor to deliver affordable and enjoyable nutritional supplementation products to the poor at prices they can afford.  The foundation’s “bottom-up financial model” facilitates a scalable and sustainable market creation and delivery system to the last mile at the “bottom of the pyramid.”

V’ice Haiti’s social venture delivers two nutritional products at affordable prices that supplement the specific vitamin and protein deficiency needs of the Haitian population as published by the Haitian Health Department and USAID:

Given that 90% of the jobs for the poor are those of self-employment and not employment, the foundation’s micro-franchising business model creates a “pre-packaged” self-employment infrastructure that has a built-in system of sustained support, given that the success of the micro-franchisee is the success of the micro-franchisor. Unlike many international development projects which are “top-down” and all too often reward the “haves” as opposed to the “have nots,”  Vice Haiti is a “bottom-up” model that seeks to enhance the wages of the very poor while also rewarding them with equity in the very enterprise they are helping to build. V’ice Haiti focuses on three market segments utilizing a foundation designed in Haiti, V’ike, a three-wheel recumbent that not only sells V’ice products on the streets but also delivers supplies and ice to micro-franchisees selling V’ice in schools and high traffic houses in poor neighborhoods.

This combination of both enhanced wages and equity is at the core of the foundation’s mission to sustainably lift the livelihoods of the poor. The foundation is focused on market creation at the bottom of the pyramid rather than on poverty reduction. Providing smaller-scale, incremental sales opportunities at the last mile, which are enabled by local manufacturing and the utilization of local resources, is key to a market creation strategy that minimizes costs while maximizing outcomes at the last mile.

V’ice has conducted extensive market research, accomplished its proof of concept, opened its first hub and office in Port-au-Prince, and begun local manufacturing of its products utilizing local Haitian resources. V’ice is now scaling in Haiti, after only one year during which the country witnessed the worse social unrest Haiti has experienced in the last forty years. The foundation plans on rolling out V’ice Haiti nationwide to reach up to 70% of Haiti’s population, which lives in urban areas. Once initial scaling is accomplished successfully, the foundation plans on taking the V’ice social franchise to other developing nations in synergy with the United Nations Sustainable Development Goals. 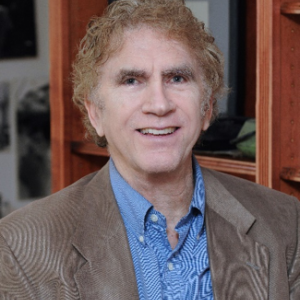 Turning the Lights on Is Just the Beginning

Using a Systems Approach to understand Markets and Resilience in Karamoja, Uganda