This post was authored by the Feed the Future Enabling Environment for Food Security (EEFS) project.

Market systems are inherently social networks, and thus there is an understandable tendency for market actors to do business with those that they know and trust. But neither businesses, nor broader market systems, can perform to their potential by relying only on personal exchange. Market systems that instill confidence in actors to conduct economic exchange with those that they have never met, and will never meet, can bring down transaction costs and expand the universe of economic opportunities to create wealth and reduce poverty at scale.

Market systems that rely on personal, relationship-based exchange can be characterized as those with predominately “small-group dynamics.” In a small-group environment, economic opportunity for individuals depends on their status and identity within community norms — such as those that dictate gender roles, for instance. With narrow roles and limited opportunity, individuals have weak incentives to invest and innovate. Absent strong formal, market-based rules, such as clear and enforceable property rights, entrepreneurs must rely on informal norms for security, which can mean patronage and acceptance of rent-seeking behavior as a cost of doing business. As a result, in these market systems, patronage and loyalty often become more important than performance and merit.

By contrast, market systems with predominately “large-group dynamics” are those that enable impersonal, anonymous exchange. By reducing transaction costs of doing business with strangers, which is known as counterparty risk, philosopher David Rose argues that large-group dynamics enable the transition from personal exchange to impersonal exchange, thus facilitating greater prosperity.[1]

Market-based mechanisms that facilitate arm’s length transactions based on enforceable rules can expand opportunity for both buyers and sellers by protecting both parties in the event one party defaults on its obligations. For example, a system of agricultural grades and standards administered by accredited third party certification bodies ensures transparency and integrity in agricultural commerce. Similarly, financial intermediaries instill trust in commodity exchanges by taking on the counterparty risk in the event either the buyer or seller does not deliver according to the contract.

The importance of large-group dynamics suggests that policymakers and development practitioners who seek to transform agricultural market systems should aim to build trust in the formal institutions and rules that will enable anonymous transactions, such as contract laws, standards systems, commodity exchanges, index-based insurance, and mobile asset registries — just to name a few. Yet, Rose reminds us that our informal institutions, such as moral beliefs, cultural traditions, and the cognitive models that drive human interaction, are equally important.

There is no one pathway leading from small-group to large-group dynamics. Moral beliefs are reproduced over time through cultural norms and traditions. These informal institutions influence and are influenced by formal rules and the actors who implement them. Expanding opportunity through legal and regulatory reform is important for driving long-term cultural shifts. On the other hand, a misalignment between the content of a law and informal belief systems can lead to poor enforcement, thereby undermining trust in the formal institutions tasked with implementing the law.

Market system evolution also does not follow an inevitable, unfailing march towards large-group dynamics. While path dependency may suggest the long-term direction and pace of this process, market systems are constantly in a state of flux and, at any given time, exist on a spectrum where both small-group and large-group dynamics are present. This tension is evident in the daily market interactions and struggles in developing as well as developed economies.

The challenge for policymakers and development partners who seek to encourage more inclusive, entrepreneurial market systems is how to assess the current status of a market system, identify the formal and informal rules guiding market behavior, and design programs that facilitate the evolution towards large-group dynamics.

While many tools and datasets benchmark progress in the development of formal laws and government institutions, the role of informal norms in perpetuating small-group or large group dynamics has historically been overlooked. The Feed the Future Enabling Environment for Food Security project recently published a diagnostic tool that aims to fill that gap.

The Inclusive Entrepreneurial Market Systems Framework identifies the informal norms that drive inclusive, entrepreneurial outcomes and provides a methodology to assess the current characteristics of a market system. By identifying the small-group or large-group dynamics present in a market system, development practitioners can gain a clear, practical perspective on market actor behavior to guide and adapt programmatic decisions.

Access the full summary of the IEMS Framework and indicators.

The EEFS project is a pre-competed Blanket Purchase Agreement (BPA) for USAID Missions and Operating Units to access evidence-based analysis of how the enabling environment influences agricultural market system performance, food security, and nutritional outcomes. For further information on how USAID can access EEFS expertise, please contact the Chief of Party, Adam Keatts, at akeatts@fintrac.com or the COR, Lourdes Martinez Romero, at lmartinezromero@usaid.gov. 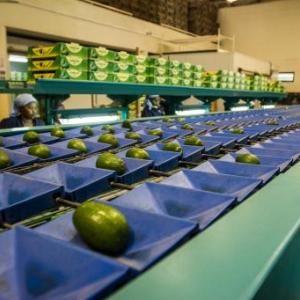