One of the reasons that wage labor has been systematically underreported in labor market surveys is that data collection often fails to account for the particularities of place. In other words, it’s hard to design surveys that are sensitive to local concepts of labor.

I was recently reminded of the complexity of local labor markets during my travels through northwestern Rwanda. I managed to record a few observations, which I think might help illustrate what we’re talking about when we talk about wage labor.

Why is wage labor an important consideration?

This morning, I stood on the border between Rwanda and the DRC observing the daily movement of some 20,000 small-scale traders crossing at the Goma gate in Gisenyi. The movement of goods on three-wheeled bicycles, as well as on the backs and heads of traders, was absolutely unbelievable.

After receiving day passes from Rwandan customs officials, the traders crossed over, sold their goods to Congolese traders for dollars, crossed back, and passed through a closely guarded entry, where FOREX Banks converted their earnings to Rwandan francs.

I also met with a cooperative of milk traders who told me that 24,000 liters of fermented milk (ikivugoto) are transported across the border every day by small lorry and bicycle. I later learned that cheesemakers are producing cheese to be sold in the DRC, and pig producers are realizing huge returns thanks to the district government’s investment in a slaughter plant specifically geared toward selling pork carcasses to Congolese traders.

I’ve seen cross-border trade in many places but never anything like what’s happening in northwestern Rwanda. How has the permeability of this border affected people’s livelihoods on both sides? It is particularly interesting to me that the Rwandan government has helped to facilitate cross-border trade through rapid licensing. I’ve been thinking: How do governments help to enable certain forms of labor?

Secondly, for whom is wage labor an important consideration?

Here in Rwanda, you don't have to do much more than drive off the paved road to find a huge cohort of young men and women with literally nothing to do. Farm sizes are now too small to provide much employment. Young men and women are flooding Kigali and other main cities looking for work.

Despite widespread rural unemployment, one positive development has been the growth of milk marketing, which generates demand for services like the transport of milk and the collection of feed and fodder. I met a young man yesterday at a milk cooling center north of Kigali who told me that he started out hauling milk from remote areas to a milk collection center on a bicycle. Now, he has a motorcycle to move milk and employs others to help him.

The math is pretty easy to do. A young man on a bicycle can haul about 80 liters of milk. If a milk collection center has a 2,500 liter milk tank, it takes a minimum of 30 young men to move the milk. Some milk collection centers are now collecting 5000 to 10,000 liters of milk a day. Needless to say, the roads are becoming clogged with young men moving milk, and other agricultural products, on bicycles.

At this stage in the development of Rwanda’s agriculture, in which small trucks are very scarce, growth in agriculture means that someone has to move inputs and outputs. Perhaps it goes without saying, but young people — squeezed off farms — are falling into this sort of work. It seems to me that youth are increasingly a significant piece of the wage labor question.

As always, the conditions I observed in the field have both complicated and clarified my thoughts about big questions, such as those involving borders, structural transition and labor. Nevertheless, observing these contexts has helped me to understand a little bit more about how and why people do the work that they do. 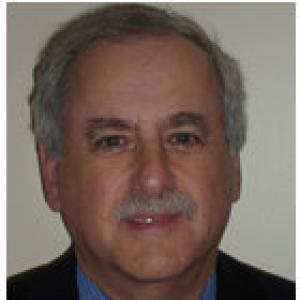