Kay McGowan’s recent post noted that the World Bank’s spring meetings focused on drawing a roadmap to “universal financial access” – but what does this mean? According to the newly released Global Findex, two billion adults around the world lack access to basic financial services. To address this challenge, the World Bank has set 2020 as an aspirational target for erasing financial exclusion and ensuring that all adults have access to a basic transaction account, at a minimum, in order to send and receive payments as well as safely store money.

This ambitious goal implies the need to focus on accelerating access for underserved populations, with the most significant population being women. According to the Findex data, the number of bank account holders worldwide grew by 700 million from 2011 to 2014, but women were disproportionately left behind. Though the data revealed that in this three-year timeframe the gender gap between men and women account holders remained unchanged at 9 percent in developing economies, the aggregate gender gap numbers mask vast inequalities in certain markets. South Asia, for example, has the largest gender gap at 18 percent, indicating that USAID has a role to play in encouraging regulatory regimes to adopt inclusive policies and supporting demand aggregation through large, institutional players.

Women’s ownership and usage of mobile phones is directly linked to their ability to utilize digital financial services. Our Digital Inclusion Team at USAID focuses on bridging the digital gender gap so that women can not only access mobile and Internet services but can also derive value from these services to improve their lives.

As USAID increasingly focuses on the development potential of digital services, we recognize that we cannot fully leverage these services towards development outcomes without addressing the significant gap in mobile phone and Internet access for women. Since 2010, our team has invested in research and partnerships to understand the digital gender divide. What does this gap mean for women in the over 70 countries where USAID is present? What would incentivize mobile network operators and other businesses to provide services targeted to women? Who are the women left behind, and what barriers are hindering their access and usage?

There are two sides to the digital gender divide: on the one hand, there is a dearth of digital skills and corresponding low user demand among women, and, on the other, a lack of digital products and services that meet women’s needs. Even if women do own phones, they won’t use them if they cannot see the relevance or lack the skills or confidence to use them for more than voice calls. Through our partnership in the Women and the Web Alliance, USAID is providing digital literacy trainings for women and girls in Kenya and Nigeria to enable them not only to be digital consumers but also creators and collaborators.

On the supply side, USAID’s partnership with GSMA has demonstrated the business case for the mobile industry to increase women’s access to and usage of mobile phones. The partnership has invested in research, advocacy efforts, and catalytic grants for NGOs and mobile network operators to design specific products and services for women. One of these grants was to Swadhaar, Accion and Airtel Money to drive the adoption of mobile money services through mobile financial literacy training. Through a combination of tailored training materials for women featuring graphics, clear language, and peer educators, Accion and Swadhaar were able to increase adoption of Airtel’s mobile money services for loan repayment, savings, airtime recharge, and bill payment. Early results show that, among new customers surveyed, 69 percent, 29 percent, and 36 percent indicated that they used the mobile money service for loan repayment, savings, and other transactions, respectively. For the group of new customers who were assisted by peer educators, these figures increased to 84 percent, 41 percent, and 47 percent, respectively.

Digital inclusion for women can accelerate progress towards development priorities across USAID. When women have access to digital services and are comfortable using them, female farmers can get crop prices in real time; new mothers can receive text messages with maternal health information even if the nearest doctor is hundreds of miles away; and girls previously excluded from furthering their education can access lessons on their phones or tablets as the cost of these devices continues to decrease. Our Digital Inclusion Team is turning our focus to work across the Agency to ensure that female beneficiaries of USAID programs have the best chance at accessing and using these life-enhancing digital services.

Digital financial services are a crucial part of enabling opportunities for women. Women need access to financial tools to directly receive the money from crop sales when they find the right price. They need savings products that can ensure money is available to act on health information in order to take care of themselves and their children. And they need options like pay-as-you go financing to purchase assets, like a solar lamp for evening studies. What’s more, when women have access to finance, everyone benefits. Women tend to save more and invest in education, healthcare, and food for their families. When mothers control their family’s budgets, a child is 20 percent more likely to survive.

Although we have made significant strides in the last four years to improve financial inclusion by increasing account penetration by 13 percent, reaching universal financial access will be next to impossible if the gender gap persists in women’s mobile phone and mobile money account ownership. 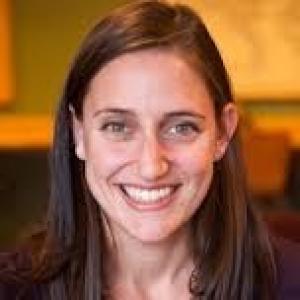 Adaptation and Reorientation: Looking to Lessons From the Past to Help Us Deliver in the Future

Crisis Upon Crisis: Supporting Refugee and Host Community Livelihoods in Lebanon and Uganda