In many developing countries, the companies that build, supply, and sell clean energy solutions have difficulty obtaining bank loans or other financing to expand their businesses or reach new markets. This was the case in Rwanda until Power Africa, through USAID, at the demand from financial institutions and providers of solar PV solutions, took action to educate, connect, and support commercial lending programs for off-grid electricity.

In Rwanda, only one-third of the population has access to reliable electricity. In rural areas, less than a quarter have a place to plug in. The Government of Rwanda has an ambitious goal to electrify 100 percent of the country by 2024.

Since 1994, household electricity access rates have increased in Rwanda. Solar home systems and solar minigrids have been an important part of this success, but off-grid energy companies have continued to experience commercial bank reluctance to finance expansion and startups.

Identifying local commercial banks with serious interests in providing clean energy loans and providing them with training and technical assistance.

Power Africa’s engagement on local commercial lending to off-grid energy providers is part of its support to the Government of Rwanda’s Rural Electrification Strategy. Through its Beyond the Grid sub-initiative, Power Africa also supports the roll-out of solar home systems and mini-grids through transaction advisory services, contributes to a multi-donor program to accelerate access to electricity for bottom-of-the-pyramid households, and tracks growth of the off-grid solar market through an innovative database and verification mechanism.

However, reaching Rwanda’s goal of 100 percent electrification by 2024 will require significant public-private collaboration. Through the experiences outlined above, Power Africa recognized that there may be other local commercial lending channels that would match local commercial lender's risk appetite to participate in the solar PV market.

This blog was originally published by Climatelinks.

This is the first of a three-part series on the transformational role of commercial banks in promoting clean energy in Rwanda. This blog focuses on photovoltaic (PV) systems for households beyond the power grid. The second blog addresses PV systems for commercial and industrial (C&I) users and suppliers. The third blog discusses how C&I solar power development can have broader impacts on job creation, small- and medium- enterprises (SMEs), and bank lending for clean energy. 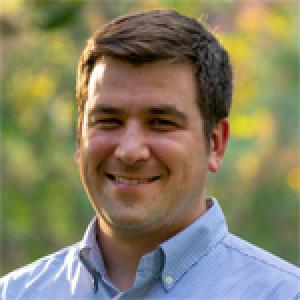