Partnering With The Private Sector to Solve Complex Problems: The Case of Farmer Clubs in Mozambique

This is one of two posts reflecting on private-sector engagement in a complex, thin market system (read the companion post. It relates to a previous four-part series on Marketlinks. These results are a product of the great effort of the entire FTF Inova team.

Managing complexity is hard.  Especially for donor-funded projects. Their formal structures and pre-defined budgets, timelines, and performance targets are not built for unpredictability.  One way that FTF Inova* has managed complexity is through partnerships with actors in Mozambique’s agricultural market system.  Its portfolio of partnerships allows it to test different ideas and receive feedback in time to iterate and adapt.

FTF Inova uses a probe–sense–respond approach to the complexity inherent to a thin market system.  It borrows from the Cynefin framework—which categorizes problems as ‘simple’, ‘complicated’, ‘complex’, or ‘chaotic’.  Unlike simple or complicated problems, which require categorization or study before designing and then implementing a solution, the uncertainty of how complex systems will respond to changes (think: ‘butterfly effect’) calls for starting with an action, observing how the system responds, and adapting accordingly.  FTF Inova calls these actions ‘probes’.

Probes are innovations—new ways of doing business—but they are also more than that: they contain a hypothesis about how a different way of doing business will make the market system more inclusive and competitive.  Testing probes can range from market research to nationwide pilots.

One example of an FTF Inova probe is the farmer club.  Different companies call their farmer clubs by different names, but all of them have a few things in common:

This may not sound revolutionary, but it is a departure from the status quo of fly-by-night spot traders and low-investment-low-return models prevalent in Mozambique—a status quo that keeps smallholder farmers poor and Mozambican products uncompetitive.  FTF Inova built a portfolio of partnerships to test the farmer club probe.

An early but slow mover…

One of FTF Inova’s earliest partners was a company that had downsized in recent decades but still held a hundred-year lease on large tracts of land from the colonial era.  The company wanted to make that land productive without evicting local residents who were using it semi-legally. With FTF Inova, the company developed in late 2017 and early 2018 a business plan to incentivize farmers to grow guar and castor beans alongside their staple crops.  FTF Inova’s partner could process and sell these crops through an affiliate in Zimbabwe, and eventually hoped to build the volumes to justify retrofitting a large plant it owned in Mozambique.

However, the guar and castor buyer found the farmer club approach challenging—it was a change in mindset of how its employees worked with farmers, and the emphasis on performance incentives was exciting but unfamiliar to farmers used to large companies behaving either philanthropically or exploitatively.  At the end of the first deal note with this partner in late 2018, few of the original objectives had been accomplished, and negotiations on the next phase stalled.  FTF Inova stayed ready to reactivate the partnership but focused on other opportunities to test farmer clubs.

During the 2020 buying season, though, FTF Inova received a surprise. The guar and castor buyer got back in touch to report they had launched a small pilot of 11 farmer clubs with 400 farmers, and many of them had done well.  The company was assessing their performance and preparing to distribute rewards like certified seeds, fertilizer, cassava stems, and bicycles to the farmers that met their targets.  It took the company nearly two years longer than expected, but they had completed the pilot according to the original design.  Now, they were reaching out for advice on how to scale up their new business line to more farmers and grow coconuts, tomatoes, sesame, sunflowers, and rice.

During 2018, FTF Inova launched a partnership with a medium-sized maize- and soy-processing company that wanted to organize its farmer suppliers to reduce side-selling and reach profitable volumes. An initial deal note to conduct some preliminary market and planning fieldwork preceded a full pilot in 2019–2020.  Around 350 farmers in two nearby communities participated.  The processing company quickly grasped the potential of the farmer club tactic to improve their supply chain. Farmers, too, could articulate the purpose and the rules of the club to FTF Inova and USAID during field visits. During the season, most farmers registered a 25% productivity increase.

Later in 2020, however, the maize and soy processor reported that it was unable to meet its volume targets and faced challenges with credit recovery.  FTF Inova believes that given the company’s cash constraints, its initial targets were too high, but the MEL team continues to analyze survey data.  Both the company and farmers recognized the clubs as an improvement over the way they did business in the past, but due to these issues the company will only modestly expand the clubs, adding up to a thousand or so new club members this season.

…and a major market player in a weak value chain.

A later addition to FTF Inova’s portfolio of farmer clubs emerged from the failure of a different probe.  FTF Inova was testing the viability of professional pesticide spraying services for improving productivity and safety.  FTF Inova had brokered a partnership between an international agro-chemical manufacturer, a local distributor, and a major agricultural commodity buyer with a cotton concession.  That pilot failed due to oversights in the commercial arrangements between the three partners, a hastily concluded crop insurance contract, and crop failure precipitated by Cyclone Kenneth in early 2019.

However, the cotton concessionaire appreciated how seriously FTF Inova took commercial sustainability and valued its comparatively flexible partnership style.  Late in 2019, FTF Inova helped the company design farmer clubs to improve cotton quality and volume on its concession. The company launched a pilot with about 4,000 farmers.  Although they faced some challenges over the course of the season, overall volumes increased, a number of farmers were able to upgrade their productivity (30 farmers even produced over 1,000 kgs of cotton per hectare) and the cotton concessionaire saw unprecedented 100% credit recovery rates in the early harvest.  They declared they would never go back to the old way of doing business and intended to triple or quadruple the size of their clubs in the following seasons.  The cashew, maize, soy, and cowpea divisions of the company took note.  So did other cotton and cashew companies. The company’s plans were also poised to create ripples in the system as they procured the services of a local company to lead farmer training and technical support efforts.

Then, in September, FTF Inova learned that the company was devolving direct management of its cotton concession to another company and would no longer be directly involved in the concession.  The new operator would likely continue the club mechanism in some form, but FTF Inova had lost its leverage point.  The team took heart, though, that the partnership was never really about cotton.  Cotton is labor- and chemical-intensive to grow, its prices are volatile, and it is not an ideal cash crop for smallholder farmers.  FTF Inova launched the partnership not because it thought cotton would transform the lives of smallholder farmers, but because it had built the trust of a major market player that was willing to innovate.  Although that innovation started in cotton, it has crossed over into other value chains that offer better livelihoods for smallholder farmers.

What can we learn?

At the time of writing, the guar and castor bean buyer has successfully completed a pilot and has scaled up their clubs from 400 participants to nearly 10,000, the maize- and soy-milling operation is cautiously moving into a second season with hopes for better results, and the company with the cotton concession is planning clubs next year that will include 18,000 farmers of soy, beans, and maize.  These three partners are now doing this primarily with their own funds and on their own initiative; FTF Inova is mostly providing coaching and data-analysis support.

Like the wise man in the much-adapted proverb who says “we’ll see” to each stroke of apparent fortune or misfortune, FTF Inova earnestly hopes for the success of each of these companies and their smallholder suppliers… but we’ll see.  What is certain, though, is that other market players—including a national cashew association that sources from 200,000 farmers—have taken note of the practice. FTF Inova has begun supporting some of them in small ways (most don’t need more than technical advice and encouragement) to implement similar tactics around the country.  If all goes well, others will copy farmer clubs without any donor support at all.  In other words, the probe is showing signs of success.

The smallholder members of these growing clubs are part of a system, though, and they need reliable access to quality inputs and services to succeed as commercially oriented farmers.  And when FTF Inova looks across its portfolio of probes, it sees that some are taking root and others are not.  The way FTF Inova introduced those probes had as much to do with their success as the quality of the probe itself.  To read about the patterns FTF Inova is beginning to see, and what it might mean for private-sector engagement in complex, thin markets, take a look at this companion post.

*The Feed the Future Agricultural Innovations activity (FTF Inova) is a five-year, $21.7M market systems development activity funded by USAID and implemented in Mozambique since 2017 by DAI with support from Technoserve, MarketShare Associates, and EcoVentures International.  Its objective is to create pro-poor change in Mozambique’s agricultural sector by fostering innovation and a shift to more inclusive behaviours in all parts of the system. For more information, see the activity page on DAI’s website and its BEAM Exchange profile. 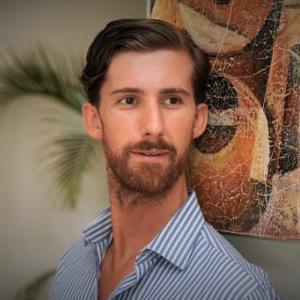