Need a Good Holiday Gift? There’s a Little Something for Everyone Concerned About Gender Equality

The past 12 months or so have been a veritable cornucopia for resources on women’s economic empowerment. In case you’ve hoped for some evidence to convince a recalcitrant colleague that including 50 percent of the population in the economy is a good thing, or just wanted to replace “soft” ideology with good, hard numbers, you’re in luck. The rivers of research are converging, and there is now robust support for some of the things we’ve all known anyway, as well as some new things to learn.

So here are some of my favorite reads, in no particular order, from the past 15 months (when I switched to the GenDev Office).

UN Women: “World Survey on the Role of Women in Development 2014: Gender Equality and Sustainable Development.” Okay, I haven’t actually read this one yet because it just came out, but I’m hopeful.

UN Foundation and Exxon Mobile Foundation: “A Roadmap for Promoting Women’s Economic Empowerment.” Should be subtitled “Stuff that Actually Works” – such as savings, bundled assistance (not just loans, not just a week of training, etc.).

World Bank: “Women, Business, and the Law 2014.” Not only are there great statistics on who is discriminating and how, but they actually take you to the specific laws. This is a special treat for legal reformers – get out there and change something!

Global Entrepreneurship and Development Institute: “Gender-GEDI Index 2014." Not only does this have the coolest name in development (hint – pronounced “Jedi,” get it?), but it does something that many indices forget to do: the index combines measurement of the overall entrepreneurship environment with gender disparities. In other words, you won’t just get a nice equality rating for North Korea, where no one can pursue entrepreneurial activities (or watch movies, for that matter), you’ll find out equality of poverty is not necessarily a goal.

IMF Discussion Note: "Women, Work, and The Economy: Macroeconomic Gains from Gender Equity." That’s right--gender is relevant even in macroeconomics. (Or so I’m told – I’ve never really understood macroeconomics.) Share this with an economist friend, if you have one.

Inter-American Development Bank and Ernst & Young: “WEGRow: Unlocking the Growth Potential of Women Entrepreneurs in Latin America and the Caribbean." Although the focus is limited to Latin America and the Caribbean, many lessons are applicable globally.  They even suggest that – and I’m not joking about this – macroeconomics can be relevant to gender.

World Bank, “Voice and Agency: Empowering Women and Girls for Shared Prosperity." The Bank does it again, with a stellar publication on a wide range of gender issues that together constrain or enable women’s ability to pursue their own dreams. Despite my economic biases, I’m finding that a lot of the problems in economic empowerment are not economic. Time poverty anyone?

The Economist Intelligence Unit: “Women’s Entrepreneurial Venture Scope 2013." (Yes, 2013 – I missed a few things that year.)  Focused on Latin America, with great charts on individual countries, this study looks a little higher up the value chain to non-micro businesses. Full of insights, and, unfortunately, the same messy constraints on women found in so many parts of the world.

USAID: “Toolkit for Integrating GBV Prevention & Growth Response into Economic Growth Projects." In case you hadn’t heard, violence (as in “gender-based violence”) lowers worker productivity and is not good for growth.  (It also hurts like hell, traumatizes people, and makes life really ugly, but we haven’t fully quantified that.)  Our own folks are taking on the problem and have created this toolkit so that every project can fight back, even in macroeconomics. Read it, use it, make a difference.

Speaking of violence, here’s a must read: Haugen and Boutros, The Locust Effect: Why the End of Poverty Requires the End of Violence. Good news, bad news – violence is a serious driver of poverty and oppression, but we can do something about it. This book is not fun, but it is inspiring and brings into the mix a fundamental factor of poverty that is not always captured in value-chain mapping.  Make sure you read to the end, because that’s where the hopeful part is found.

Kristoff and WuDunn, Half the Sky: Turning Oppression into Opportunity for Women Worldwide. Please, pleeeze don’t tell me you haven’t read this. That will ruin my holidays. Just do it. 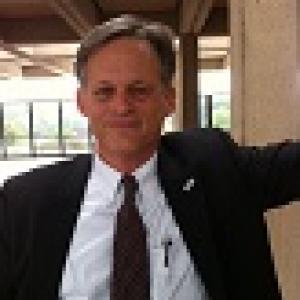 Coronavirus and the Implications for Food Systems and Policy

Fishing for a Better Future in El Salvador