Ecommerce – the sale and purchase of goods and services online – has opened great opportunities for micro, small and mid-size enterprises (MSMEs) to export and grow. The USAID-backed Alliance for eTrade Development (“eTrade Alliance”) is working with developing country MSMEs and governments to accelerate MSMEs’ use of ecommerce, thereby encouraging private sector-led growth in support of  USAID’s Economic Growth Policy.

In the eTrade Alliance’s work, we have found that developing country governments ad firms alike see ecommerce as a critical means for MSMEs to overcome the Covid-19 crisis, resume their growth, and export – but also that governments still seek answers to such questions as:

The eTrade Alliance seeks to help governments answer these crucial questions through rigorous and novel empirical work. One of our forthcoming products is the MSME Ecommerce and Digital Policy Index and accompanying report that map the adoption of more than 100 policies and regulations conducive to MSME ecommerce in 10 major policy areas in 52 countries, most of them developing and emerging nations of Africa, Asia, Middle East, and Latin America. Some of the major policy areas we cover include digital infrastructure policies, digital regulations that govern online transactions and behaviors, online payment regulations, policies governing ecommerce logistics, and MSME ecommerce export promotion policies.

The policy mapping is highly actionable, enabling a wide range of government agencies such as ICT ministries, customs, central banks, and export promotion agencies to readily see how their peers in 51 other countries have approached a policy area of interest.  It builds on a similar exercise supported by USAID in 2018, thus enabling an assessment of policy developments over time. In addition, we develop 18 case studies on good policies and best practices to enable ecommerce.

The mapped specific policies and regulations are not chosen at random, but are those found in academic research and business surveys to have a significant bearing on MSMEs’ trade and economic growth. Many of the policies we address, such as data privacy rules, Fintech regulations, and regulations governing autonomous vehicles like drones, are also currently keenly debated among developing country policymakers.

Our key findings and recommendations are as follows:

Our policy index covers a comprehensive policy mix that developing country governments can apply to optimize MSMEs’ use of ecommerce and promote digital economies in general. It is much more encompassing than UNCTAD’s B2C Ecommerce Index and covers a many more dimensions the World Bank’s recent mapping of data privacy rules, and has a different purpose than the OECD’s Digital Services Trade Restrictiveness Index that tracks barriers to digital services trade. By tracking policies in place, our work complements the many indices that track policy outcomes, such as World Bank’s Doing Business Indicators, eTrade Alliance’s “Best Place for MSME Ecommerce” Index, and the 2017 USAID-sponsored Ecommerce Development Index developed by Nextrade Group and based on firm-level surveys on MSMEs’ views about the enabling environment for ecommerce.

The 2020-21 Index can be found on the eTrade Alliance’s eTrade Policy Center. The final policy report is expected to be published in the summer of 2021. 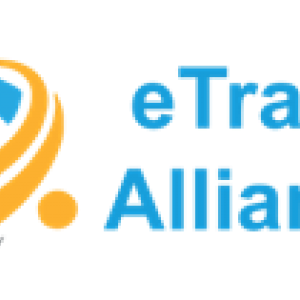