The Market Corner: Responding to Challenges in Adapting Market Systems Development Approaches to the Care Economy

Care economy interventions require rethinking some of the MSD tools.

Intervening in care work, whether in the formal or informal sector, is complex and context-specific. In Ariane’s experience, doing so can also require repurposing some of the go-to MSD tools, such as the will/skill matrix or “Who does? Who pays?” framework.

On a project in Iraq, Ariane shared that one of their main project change agents had to be the local government. This meant that, as a project, they could not first assess the skill and will of different potential partners and then decide based on the results the best possible partner (a common practice of many MSD projects). Instead, they repurposed the tool and used the assessment to understand the strengths and weaknesses of their partner and work with them to build their capacity accordingly. Similarly, the project adapted common tools to determine how to structure the partnership to maximize the potential for sustainability, while at the same time recognizing that government or donor funding would, because it is a public service offering, always need to pay for some of it.

They also do not necessarily respond to the same types of incentives that MSD projects often offer the private sector. On the care economy project in Iraq, the project faced immediate challenges. The project’s government partner moved very slowly, but they would have lost their political license to operate if they dropped them as a partner. The long wait eventually paid off. In year four of the project, the government partner began to independently replicate practices within its institutions which were not part of the project — for example, integrating entrepreneurship focuses and career counseling. This would not have occurred if the project abandoned the partnership in the early, difficult years.

Be intentional about assumption testing, learning, and adaptive management.

Given the highly context-specific nature of care work, both Ariane and Ellie underscored the importance of being intentional about learning and the use of adaptive management. For a project that Ariane was involved with in Jordan, this meant checking the most fundamental assumption of the project: that women want to work in the formal economy.

Elsewhere, it has meant testing assumptions around the willingness of critical market actors to adopt more inclusive behaviors. In Jordan, for example, a gender analysis highlighted that transport was a major barrier to women's labor force participation. The project wanted to pilot solutions to this barrier, but the reticence of transporters to respond to the needs of women in their transport offering ultimately forced the project team to drop the intervention altogether.

According to Ellie, learning and adapting were embedded into the pilot projects from the outset. “We had to figure out the hierarchy of what would be acceptable by men and women. We didn’t have everything right at the outset.” IWVA worked closely with Promundo to collect data on what was and was not working and continuously adapted the gender equality and care work sessions over the 14-week curriculum. For example, certain tasks — like having men take the children to the doctor and helping their wife with food prep — were socially acceptable, but other care work traditionally conducted by women — like leading the cooking — was perceived as too much of a change to social norms. In Bangladesh, for example, WVA found that mothers-in-law can be a big obstacle to more male involvement in care work and designed the MenCare activities to not only include the couple but also the mothers-in-law as well.

The importance of deeply understanding the context, as well as the challenges faced by both genders, to confront harmful gender stereotypes resonated with Ariane. She stressed that “social norms play an outsized role in care work [and to be effective in this space] you have to understand the complexity involved.”

According to Ellie, context is critical in determining strategies to ensure that social norm change activities are sustainable. For example, in Sri Lanka and Bangladesh, over time, World Vision has worked to engage government and religious actors on the MenCare approach, so that they can be advocates for change in the future. In Indonesia, the gender-inclusive financial literacy training has been rolled out both by the project and through local credit unions.

“Where possible, we want to work through market actors. However, sometimes given the context, the project might work directly with households and communities. This can ensure MSD programs can both increase incomes, as well as ensuring women’s improved agency and more equitable distribution of the care work.”

Social norms around care work are deeply entrenched and highly context-specific.  At the same time, shifting perceptions around care is essential to women’s equitable participation in the economy. The experiences shared by both Ellie and Ariane show that the MSD approach can be adapted to address care work but require a deep understanding and sensitivity to the local context and intentionality around hypothesis testing, learning, and adapting. 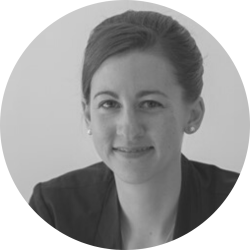 Ariane Ryan
Ariane Ryan is the Inclusive Economy Advisor at World University Service of Canada (WUSC), based in Ottawa. She advises on economic programming and leads the organization’s social finance portfolio, overseeing investments, technical assistance programs, and research. Ariane started her career in business development services in West Africa and, following private sector experience in Canada and completing an MBA, has honed her expertise in market system development programs, Women’s Economic Empowerment and social finance including Gender Lens Investing. She has over 15 years of experience living in, and/or working on initiatives based in Africa, MENA, Asia, and the Caribbean. 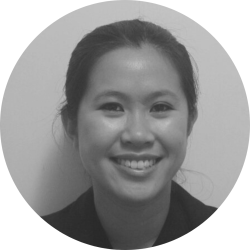 Ellie joined World Vision in 2015. Prior to her current role, Ellie was WVA’s Senior WEE Advisor, leading the development of World Vision’s WEE framework and technical approach and the expansion of WEE programs in the Asia-Pacific region, largely under the Australian NGO Cooperation Program (ANCP).

Ellie has been working in international development for over 14 years. Before World Vision, she has held roles with various United Nations and non-government organizations. She previously managed the International Organisation for Migration (IOM)’s mixed migration program in China focused on vulnerable migrants and survivors of human trafficking from the Greater Mekong Sub-region. 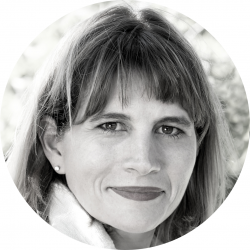