Community-based savings-led microfinance for children and youth is a promising new frontier in addressing the needs of the most vulnerable kids in poor countries. Savings groups (SGs) interventions for adults have been shown to lead to increased spending on their children’s education and nutrition, and saving money is universally acknowledged as a means of protection against income shocks. SGs are relatively easy to set up, and they’re cheap to implement relative to other economic development approaches. They also seem to build social capital, a fancy way of saying “trust between community members,” which is sorely lacking in many post-conflict countries.

So, what if we tried building SGs of children and youth themselves? Some of us think this approach might have protective effects, might improve vulnerable kids’ well-being in the short term, and that it could help to break the intergenerational cycle of poverty.

Unfortunately, we have few robust evaluations of savings programs in developing country contexts for which vulnerable kids are direct beneficiaries. Non-governmental organizations (NGOs) have had some success experimenting with individual savings accounts for children, but in parts of the world without banks, these programs are expensive to implement at scale. Also, individual savings programs for children have mostly been implemented in a school setting, which filters out the most vulnerable kids who are often out of school.

NGOs, international organizations, and donor agencies have been reluctant to fund economic strengthening programs for children as direct beneficiaries, not least because they fear causing child labor or school dropout, and frankly, economic strengthening has never been seen as a life-saving intervention to prioritize over investments in water, sanitation, nutrition, and health. But children have economic lives, and whether or not we want them to, in resource-poor environments lacking social safety net programs, they’re going to work to feed themselves and their families.

SGs could be a way to ensure that children can keep more of their money and learn to spend it wisely. Since investing in support to SGs is not incentivizing work per se, this approach might be a more palatable option for donors and NGOs.

Even without much program evidence, we have good reasons to think the SG approach could work:

How young could these group savers be?

Again, we’re in uncharted waters, but the nonprofit Child and Youth Finance International (CYFI) recommends individual savings account for children as young as 6 years old. CYFI says that at younger ages (6–11 years), savings transactions should be guided by the parents, and the parents should get a regular account summary.

Most SG programs for adults have involved some form of credit, where the pooled savings are granted to individual members on a rotating basis and paid back over time. As we experiment with savings groups for children, I’m less enthusiastic about the credit aspect. I think we need a phased approach based on the age of the child. We know from several evaluations that younger adolescents aren’t typically interested in taking loans and may be unprepared to manage debt.

At younger ages, we should focus instead on creating access to a safe place to save money—even in tiny amounts—and on catalyzing savings behavior through financial education and peer support. Where resources exist, NGOs could also consider investing in matched savings: making matching deposits into the child’s account as an incentive for the child to save more.  Only at older ages—and only after kids have passed some minimum threshold of financial knowledge and informed consent—should they gain access to credit.

What do we need to worry about?

My first concern is protection. In resource-poor environments, when certain members of a household or community suddenly have more money than others, those individuals—especially girls—may experience violence from their jealous family members or peers. They can also be subject to exploitation and theft.

These threats usually subside as peers, partners, family, and community members become accustomed to the person’s new status. Engaging partners and family members early in the project design and during the implementation process can help reduce this risk.  This means talking to women, girls, boys, and men to identify the possible risks and strategizing ways to avoid violence and exploitation that may result from being in a savings group.

I believe in the promise of direct engagement of vulnerable children and youth in group savings as a foundation for future microeconomic interventions to improve their welfare. That said, these interventions will need to ensure that a robust monitoring system is in place to detect protection risks that could arise. 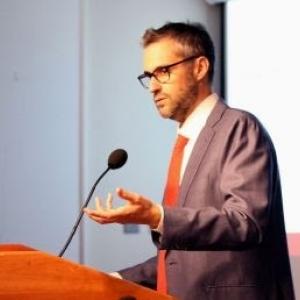