Access to technology is an essential component to development, especially in Africa. Africans use cheap mobile phones to pay their bills, conduct small business, and make calls anywhere and everywhere. However, even a small mobile phone is not useful if power is not available to charge it. Eighty percent of African households lack electric power, which limits opportunities to access information and mobile money, as well as business and educational opportunities.

Meeting Africa’s rising energy demands while combating the climate crisis and keeping the goals of the Paris Climate Agreement within reach requires major advances in scaling up renewable energy. USAID is working to scale renewable energy deployment across Africa to ensure energy security and while reducing greenhouse emissions.

Operating in incredibly difficult physical and business environments across sub-Saharan Africa, off-grid solar companies have been inching towards profitability in fits and starts as they work to bring electricity to the vast majority of African households without energy access. In October 2017, the moment investors, companies, and the entire industry had been waiting for finally arrived. In a first-of-its-kind deal for the sector, Fenix International—an American-led off-grid solar home system company headquartered in Uganda and supported by USAID and other funders—was acquired by ENGIE, a French multinational utility. ENGIE, with over $60 billion in total annual revenue, was poised to scale Fenix far beyond what an international donor could do.

For Fenix, which started out as a small venture-backed Silicon Valley startup with a big dream of helping provide affordable clean energy to the millions living off-grid in rural Africa, the future was not always so bright. Years earlier, faced with the complexity of transitioning from all cash sales to a pay-as-you-go customer financing model, Fenix had pulled back from efforts to expand into Kenya, Tanzania, and Rwanda. Once the model’s success had been established in Uganda, Fenix again looked to expand, but needed support to enter more difficult, less mature markets. Seeking that support, and building on the strong evidence base in Uganda, Fenix applied for USAID funding through USAID’s Development Innovation Ventures (DIV) program.

Housed in the Bureau for Development, Democracy, and Innovation, DIV is USAID’s flagship open innovation program that accepts applications from anyone, anywhere, at any time, on any subject. Fenix, with its expandable, lease-to-own, solar home systems financed through ultra-affordable installments over mobile money, checked the innovation box. To assist with the technical review, DIV collaborated with USAID’s Scaling Off-Grid Energy Grand Challenge for Development team (SOGE). SOGE is a partnership composed of USAID, Power Africa, the United Kingdom's Department for International Development (now the Foreign and Commonwealth Development Office), the Shell Foundation, and the African Development Bank.

For the SOGE team, Fenix’s expansion from Uganda into Zambia, a nascent and largely underserved country market, made it an attractive proposition. With low population density and low mobile money usage, Zambia presented a formidable challenge to solar home system companies. But its low energy access levels, where only a quarter of the urban population and three percent of the rural population were connected to the grid, also presented a significant market opportunity, if a company could crack it.

To reach potential customers and earn their trust, Fenix partnered with MTN, a leading African telecommunications company and one of Africa’s most recognizable and admired brands. In return, MTN customers could pay for the solar home systems via mobile money and use the systems to charge their phones. Paying for solar energy often motivates first-time mobile money users: 98 percent of Fenix’s customers first use of mobile money was to pay for solar. This partnership was proven successful in Uganda and both companies recognized the market opportunity in Zambia.

The innovative partnership and expansion into an underserved market matched up closely with the SOGE mandate to provide seed funding to solar start-ups to support geographic expansion throughout Africa, test new business models, and tap into private and public financing.

By the end of USAID’s 18-month grant period, Fenix was the leading solar home system company in Zambia. It had established 25 branches in Zambia (versus the expected eight); sold 39,251 units by the summer of 2018 (versus the expected 8,000) and employed over 100 staff. Fenix was also able to raise millions in new funding, including financing from the Swedish International Development Agency (Sida). This new funding, along with the USAID DIV grant, allowed Fenix the financial runway to hold out for an investor/acquirer that brought talent and market expertise to the table, and aligned with its focus on inclusive products and rapid but sustainable growth.

Since the ENGIE acquisition, Fenix has expanded into four new countries: Benin, Côte d’Ivoire, Nigeria, and Mozambique. In total, Fenix has connected over 600,000 households (representing three million people) to clean, affordable solar energy across six countries in Africa. Fenix and ENGIE plan to expand energy access to millions of households across Africa, a level of scale impossible under traditional development based upon donor support.

For Fenix, innovation is not restricted to just its own bottom line. In July 2019, USAID provided additional support for a Fenix pilot program to extend its end-of-product life recycling processes to cover non-Fenix systems. Fenix will use its last-mile service centers in Uganda and Zambia as trade-in locations for the recycling of worn-out, generic solar home systems. Fenix also received a small grant from Power Africa to expand into two refugee settlements and host communities in Uganda, demonstrating its commitment to sustainable energy access for all, including displaced persons.

ENGIE’s experience, talent, financial resources, and long-term investment strategy in Africa continue to mean accelerated growth for Fenix, and validate the idea that sustainable development can be advanced through the right combination of public donor support and private investor engagement. From USAID’s initial grant to a Silicon Valley startup in East Africa, to now supporting its industry leadership around the sustainability of the sector, USAID’s partnership with Fenix is one that has, and will continue to pay, development dividends for years to come. 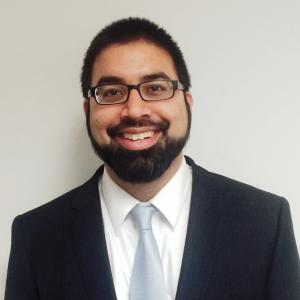 Using a Systems Approach to understand Markets and Resilience in Karamoja, Uganda

This November, Marketlinks Explores the Potential of the Private Sector in Expanding the Reach of and Access to National Immunization Programs