This post is part two in a blog series on digital financial services from USAID's Digital Finance team. Read part one here.

If market forces that drive digital financial services could solve the challenges of the poor, our role as donors would be irrelevant. However, market failure is often the norm in many of the more than 70 markets that USAID serves — often including incongruent policy and regulatory environments, and financial service provider business models incapable of supporting a robust offering of the most basic financial services.

In Kay McGowan’s previous blog post, she notes, “Donors — USAID included — will never be the providers of financial services. But we often have a critical role to play in setting the conditions so that the private sector can fill the void that has left some two billion people globally without access to safe, affordable basic financial management tools and forces governments, businesses and individuals to transact in cash, which is expensive, dangerous, inefficient, and enables corruption.”

Financial exclusion is the common denominator of development challenges. Across the globe and across sectors, the dearth of high-quality, low-cost basic financial management tools and products undermines efforts to improve agriculture, strengthen health systems, expand access to education, help governments become more transparent and efficient, and respond quickly and effectively to humanitarian crises. USAID is supporting greater access to relevant services for the poor in two essential ways: first, by encouraging governments to adopt a regulatory regime that fosters safe but rapid growth, and — equally importantly — to establish policies that prioritize the expansion of financial services for the poor, often starting with the digitization of payment flows, such as payroll and social protection transfers. And second, by fostering institutional demand across sectors for scalable and sustainable financial services by digitizing payments, be they from donor-funded projects or from big institutional “payers” such as large corporate actors.

New Findex data released last week suggest that countries that adopt national financial inclusion strategies and corresponding policies are reducing financial exclusion twice as fast as countries that have not prioritized expanding access to financial services. Moreover, the impact of digital payments on government services is significant. In India for example, the use of digital payments for salaries, pensions, and social transfers had dramatic effects on government service delivery. Leakage dropped by 40 percent, reports of bribery attempts in the pension program fell 47 percent, and the rate of “ghost recipients” fell 1.1 percent. In Mexico, adoption of digital payments by government for wages, pensions, and social welfare has saved an estimated $1.3 billion annually.

Late last year, Ghana joined 11 other governments that committed to the BTCA to spur financial inclusion, improve public sector transparency, and support domestic resource mobilization. USAID, along with other donors, is supporting the expansion of Ghana’s flagship social protection program, Livelihood Empowerment Against Poverty (LEAP), to include support for vulnerable mothers through pregnancy and the first months of a newborn’s life. Ghana’s commitment to the BTCA in November 2014 is leading to the digital conversion of a national cash transfer program, supporting LEAP’s expansion to further mitigate the impact of fiscal crisis on the poor.

In addition to its bilateral support to national governments in mission countries, USAID is reinforcing its own policy commitment to digital payments with the introduction of the revised (in August 2014) Procurement Executive Bulletin (PEB) on Electronic Payments, which offers guidance to its acquisition workforce on how to promote e-payments under contracts, grants and cooperative agreements. Electronic payment systems are now the default method of payment under all USAID awards.

USAID is exposing client beneficiaries to new service platforms and building partnerships with enterprising digital financial service providers to serve untapped markets that would otherwise be ignored. Last year USAID and the UN World Food Program (WFP) partnered with the mobile network operator EcoNet and Steward Bank in Zimbabwe to pilot the first mobile money food assistance effort in the country. More than 17,300 beneficiaries received direct digital cash transfers to mobile “wallet” accounts where they could safely manage money without risk of theft or diversion. Through this effort, beneficiaries gained access to safe mobile money platforms, and service providers like EcoNet gained low-risk access to new markets in underserved areas.

Similar examples can be found in Bangladesh, where USAID is supporting the Mobile Alliance for Maternal Action (MAMA), which provides pre- and post-natal health messaging to more than a million women. By “digitizing” incentive payments, MAMA is improving operational efficiency, and its community health workers are gaining greater access to safe financial services. Most are women operating on the frontlines where time is precious and trekking to conventional banks to collect cash can be unsafe or require negotiation with male heads of household who control family finances.

By virtue of the Agency’s efforts to fill gaps where markets fail and to encourage governments to promote better policies and regulations, USAID is enabling safe, accessible, and reliable services in developing economies while improving the security, efficiency, and traceability of its programs and activities around the globe. From Washington to Ghana, India to Zimbabwe, USAID is laying the groundwork for greater financial inclusion and relevant services for the poor. 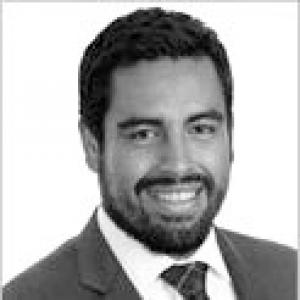 The Key to Building Resilience in Rural Communities: Women Entrepreneurs

Shifting Public and Private Finance Towards the Sustainable Development Goals