In India, research has shown that, thanks in large part to efforts to get more girls in school, the gender gap in school enrollment has been closing. That’s the good news.

The bad news is that the gender gap in labor force participation is on the rise, with fewer women entering the labor market than men. ICRW’s research has found that the reasons behind this are complex. Programs that integrate job skills with girls’ education throughout the school day are few and far between. Furthermore, among girls and women who do enter the labor market, many drop out due to prevailing gender norms that place a larger value on their role as a future wife and potential mother than as an economic actor.

This is where ICRW’s PAGE program comes in. PAGE, which stands for Planning Ahead for Girls’ Empowerment and Employability, was designed to understand the factors that discourage girls in Delhi from entering employment after they graduate and to help girls develop the necessary skills and aspirations that can prepare them for the labor market. This program effectively helps ensure that girls who graduate school and want to build careers have the skills and confidence to do so, undercutting barriers to the formal labor market for young women.

The pilot phase of PAGE was implemented in four government schools in low-income communities in Delhi, with approximately 4,100 girls between the ages of 15 and 17. ICRW then conducted an evaluation of the program to assess its effectiveness.

The PAGE program was implemented throughout the school day and consisted of four modules:

When combined, these modules were designed to help girls understand more about themselves and the ways in which gender inequality often holds them back as well as provide them with the skills, confidence, and resourcefulness to enter the workforce after they graduate high school.

The results showed that the program had a positive impact on girls’ lives.

In terms of employability, among PAGE participants there was an increase in the proportion of girls who sought information about their future goals and a large increase in girls who took skills courses outside of school.

There was a significant increase in the proportion of girls who reported that they have a say in decisions regarding when to marry. ICRW also found a positive change in girls’ attitudes toward gender equality among older girls and changes in attitudes around discrimination. These shifts demonstrate how girls’ ability to make decisions around their own futures — from marriage to careers — has shifted.

Several girls from intervention schools said that PAGE sessions on goal setting helped them recognize the need to think critically about their future choices. A participant who completed the twelfth grade said that although most teenagers she knows are confused about their future academic or career choices after they finish school, she herself is now deciding between pursuing a career as a teacher, lawyer, or journalist. She credited PAGE with giving her the skills to be able to explore which path is best for her.

While these shifts may not seem groundbreaking, they are important pathways for girls to understand their self-worth and to better understand the options available to them in the workforce.

We know that reaching girls during adolescence is critical, as decisions made and behaviors established during this period affect their actions later in life. The research shows that programs like PAGE can help give girls the skills, confidence, and tools to pursue careers after they graduate, helping to narrow the gap in labor force participation and giving girls the agency to pursue jobs that help them and their future families meet their financial needs. 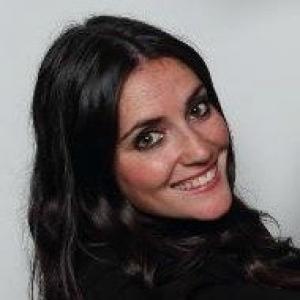 Preparing for the Next Disaster: Partnering with the Local Private Sector for Sustainable Results