A Conversation with Nobel Laureate Dr. Michael Kremer and USAID

This post originally appeared on Medium and was authored by Mary Jane Maxwell, Lead Consultant at Washington Business Dynamics.

Above all, economics is at its core the study of people, not statistics. For Dr. Michael Kremer, an experience teaching children how to read and write in rural Kenya 30 years ago transformed how the Harvard trained economist thought about the hardest — and most important — questions in his discipline: What causes poverty? Why do some countries grow rich while others remain poor? His novel approach, piqued by a desire to experiment and grounded in a deep understanding of people’s surrounding conditions, challenged the prevailing conventional economic models. Eventually it transformed the field of international development. In October 2019, Kremer’s “experimental approach” to alleviating global poverty earned him and two colleagues the Nobel Prize in Economics.

“I think the key reason the experimental approach has proven to be so productive is because it brings development economists in touch with the realities on the ground,” said Kremer at a U.S. Agency for International Development (USAID) event in his honor in Washington on February 3, 2020.

Besides his post as the Gates Professor of Developing Societies at Harvard University, Kremer directs USAID’s Development Innovation Ventures (DIV) program. He’s also a longtime colleague of USAID Administrator Mark Green, who taught school alongside Kremer in a Kenyan village three decades ago.

“Many people’s image of economics is almost the exact opposite of the experience that Mark and I had as teachers in Kenya,” said Kremer. “They think of economists as sitting in their offices writing equations on blackboards, maybe running computer programs to analyze data that was collected by somebody else.”

But Kremer’s method of economic research puts the social back into the social science of economics. Kremer shared at the Washington event how the experimental approach could be a powerful tool not only for the advancement of economics and development policy but also for innovation, and how innovation in turn helps individuals and countries make progress on their “Journey to Self-Reliance,” USAID’s flagship policy to end extreme poverty.

What is the “Experimental Approach?”

A simple premise built the experimental approach. Kremer believes that “There are many problems for which we don’t know the best solution and things that seem obvious may not in fact be correct.” So he applied it to an economic problem in Kenya. An NGO wanted to know if increasing the number of textbooks would improve children’s test scores — the “common sense” assumption — or if they should take another approach. To answer that question, Kremer experimented to determine if the prevailing logic was actually true. He carried out field experiments using a method typically employed by medical doctors: randomized controlled trials.

Kremer divided schools into test groups and tested a variety of interventions, including adding more textbooks to one group and establishing deworming programs in another. He measured the impact. He found that increased textbooks did not improve test scores, and even though deworming improved school attendance, it also failed to improve test scores. Those results flew in the face of prevailing macroeconomic wisdom, prompting Kremer to further revise his new experimental approach, which he explained has five key features:

"In many cases, like the textbook example, things that we thought were true based on what we thought was common sense, or based on non-experimental evidence, turned out not to be accurate.”

“Because government and philanthropic resources are limited, it’s important to know which policies work to make the most effective use of our resources.”

“Experiments provide a much richer and deeper sense of context to development researchers than they might have had if they were just analyzing bloodless data.”

“The experimental approach requires researchers to talk to farmers, teachers, students, small business owners where they live and work. Becoming familiar with the local context and the details of the policies being evaluated is essential to truly understanding.”

“Experiments are inherently collaborative requiring researchers to work with practitioners in governments and in society, in bilateral agencies, work with teams of survey implementers, and specialists in other fields. That allows the ideas and experiences of a much broader set of people to enter development research.”

“The experimental approach is iterative — new trials built on past experiments. We learn not from a single breakthrough, but from the accumulated insight from a series of studies.”

Kremer’s experimental approach proved a valuable tool for development economists and established the use of randomized trials in the field. It also created space for innovation in development institutions such as USAID, where a deliberate turn toward innovation is helping to address one of the most difficult questions in development: how do we help those living in extreme poverty become self-reliant?

Kremer co-founded the DIV program at USAID in 2010 to accelerate innovation and direct it toward addressing human needs. The program invites anyone, anywhere, and at any time to present their creative solution to a development problem. The Agency reviews applications on a rolling basis and after a rigorous evidenced-driven selection process, awards grants to test and scale-up promising solutions to development challenges in any sector in any country where USAID operates.

For example, in December 2019 DIV announced 13 new grants that total over $15.5 million. One innovation was a low-cost, handheld device with the potential to diagnose and treat cervical pre-cancers in a single visit. Another sought to improve students’ learning and the retention of teachers in the Republic of Uganda.

Since Kremer founded DIV a decade ago, USAID reports the program has invested in over 200 innovations that have directly affected more than 30 million lives across 46 countries.

“Innovation in institutions supporting innovation has the potential to both accelerate technological progress and shape it to address the needs of the poor,” said Kremer.

In recognizing Kremer’s accomplishments over the decades, Administrator Green remarked that the DIV program is “how we’ve institutional the experimental approach to development that is at the heart of Dr. Kremer’s vision.”

Green also noted that DIV innovations have led to breakthroughs and innovations at a fraction of the usual cost. Over a 5-year period, just a few successful investments generated a higher return than USAID’s entire DIV budget. Overall, the DIV program’s entire portfolio of investments return more than $5.00 for every $1.00 spent.

Green said that Kremer and those inspired by his experimental approach have conducted trials that have identified and scaled-up development interventions that have improved the lives of millions of people all around the world, helping to “professionalize international development by bringing scientific rigor and an emphasis on evidence-based decision making to the field.”

“By embracing experimentation, Dr. Kremer and his peers have also helped cultivate a culture of innovation and intervention that produces results. He brought that culture to USAID, and we are blessed that he did,” Green said.

About the author: Mary Jane Maxwell, Ph.D., is a Lead Consultant with Washington Business Dynamics, a Service-Disabled Veteran-Owned Small Business that supports USAID in implementing its Private Sector Engagement Policy across the Agency. The PSE Support Mechanism provides technical support services to USAID in Washington, DC and at its Missions around the world. 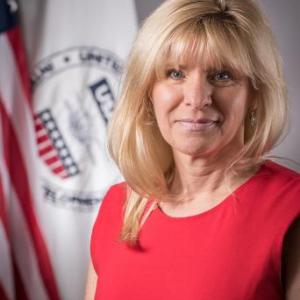 No Real Estate? No Problem. A Look at the Potential of Asset-Based Lending to Empower Women in Colombia