Considering the Role of the Multiplier in Building Inclusive Market Systems

When I was asked to write a paper on the multiplier for LEO (Leveraging Economic Opportunities), I wondered how this concept related to the development of inclusive market systems in sub-Saharan Africa. After all, the multiplier concept was conceived in a very different context: thinking about how deficit spending could put idle resources to work and boost incomes during the Great Depression of the 1930s. It turns out, however, that the multiplier concept is an important part of what USAID is doing to promote the development of inclusive market systems.

Economic development in low-income countries like those in sub-Saharan Africa is agriculture-based. Agriculture’s contributions to development are enhanced by the multiplier effect. Years ago researchers studying the effects of Asia’s Green Revolution discovered that adoption of new seeds and other agricultural innovations, as well as investments in rural infrastructure and directly productive facilities, had an ultimate impact on local and national income that was significantly greater than the value of the original investment or innovation. Later this finding was replicated for sub-Saharan Africa where studies using varied methodologies have placed the average value of the multiplier around 1.5.

As LEO’s framework for inclusive market development indicates, households interact with multiple and possibly interconnected value chains, which in turn catalyze and are impacted by broader economic change through multiplier effects. These effects work in two basic ways. First, the initial stimuli boost demand for a wide variety of goods and services. Added spending by beneficiaries of these agricultural investments and innovations ripples through successive rounds of spending and affect many sectors of the local economy through additional purchases of various goods and services. The multiplier also works through linkages within value chains (boosting returns to both suppliers and distributors) and through spillovers (when imitators copy improved ways to produce and do business).

Far-reaching economic transformation (both among and within major sectors) is urgently needed in sub-Saharan Africa to avoid a looming population and food supply crisis. Multiplier analysis shows that rural investments and improvements in agricultural technology will increase food supply and benefit the rural population in many ways. Over time, however, the multiplier’s demand-related transmission mechanism will weaken as underutilized resources are put to work and the pattern of demand shifts away from locally produced goods and services. Yet the linkage and spillover multiplier mechanisms will remain important. They will help spread the benefits of improvements in the commercial environment for agriculture achieved through better communications, improved ways of doing business, and heightened trust among participants in commercial transactions1.

1 “Agricultural Transformation in sub-Saharan Africa and the Role of the Multiplier. A Literature Review.” LEO Report No. 4, August 2014. 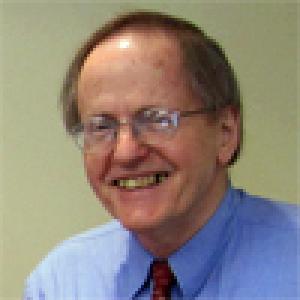 Links Between Economic Development and New Measures of LGBT Inclusion