In an interview for this blog series, Andrew Meaux and Barri Shorey from the IRC talk with Jason Wolfe, Senior Technical Advisor for the PEPFAR program, about the challenges facing orphans and vulnerable children, and the potential for impact of engaging them in savings-led economic strengthening.

How has PEPFAR’s programming evolved to address the changing nature of the HIV epidemic among children?

When PEPFAR first launched, the situation for children, in particular orphans, was identified very early on as a high needs group. In establishing PEPFAR, the U.S. Congress provided that 10 percent of PEPFAR funding would support orphans and children made vulnerable because of HIV and AIDS. In the early stages of PEPFAR, because it was such a giant initiative getting started overnight and the pandemic in Africa had reached monumental proportions, the focus was on emergency response. This was back in the day when families were broken up and traditional practices of extended care of orphans were overwhelmed. You found an alarming number of child-headed households, kids without homes, and massive malnutrition. In response, PEPFAR was making sure children received scholarships, materials, and uniforms to go school; placing orphans and vulnerable children into more stable environments; and directly providing clothing, blankets, and food. To a certain extent, PEPFAR helped to stop the downward spiral of the epidemic that we were seeing for kids.

But we also realized that the provision of this direct support was not a very sustainable or scalable strategy, nor as effective as we would have expected it to be. A watershed moment was the Joint Learning Initiative on Children and AIDS (JLICA), convened by UNAIDS, including notable participants Linda Richter and Jim Yong Kim as co-chairs. The initiative took a hard look at what we know about HIV and child development, and a big takeaway was the absolute importance of family-centered support. PEPFAR’s early work had often inadvertently removed the family from the equation. We assumed that families weren’t there, or often times we assumed they were overwhelmed. But instead, we were unintentionally undermining what would work best for these kids. Kids need parents and kids need caregivers to develop into healthy well-adjusted, productive adults. We were not doing as good a job of fostering that kind of situation, and the JLICA findings really helped us to scale up more family-centered approaches.

We just completed the first phase of a research study in partnership with Human Sciences Research Council in South Africa. We took population data about kids in South Africa as well as what we know about child development and how HIV affects children directly and indirectly. We tried to create a simplistic, but hopefully realistic, model to understand who the most vulnerable children are and how do all of these risk factors and protective factors come into play to affect long-term outcomes.

One of the very clear things that we are learning from the modeling exercise is that there is a high level of background risk that all children are facing. This risk is coming from poverty, geographic isolation, social isolation and marginalization, limited access to services, poor governance, and high exposure to natural disasters.

That said, the study also found that there are significant risks and vulnerabilities that impact the lives of orphans and vulnerable children affected by HIV/AIDS uniquely. The model shows that the loss of a mom in the early stages of a child’s life has huge long-term consequences for the development of that child; the biggest driver of maternal loss is undiagnosed HIV. These elevated risks have been similarly borne out in broader population surveys or household surveys completed by national governments that find fewer OVCs are attending school; there is greater incidence of malnutrition; and there is a greater risk of contracting HIV or developing AIDS as they age into adults.

PEPFAR can’t address all of the background risk identified in this modeling, but we can focus on poor outcomes experienced by those most affected by and at risk of HIV/AIDS. If all we are able to do is close the gap so that when you do these large surveys you don’t see a difference, this would be a success for PEPFAR programming and a significant reduction in risks and vulnerabilities for OVC.

Drawing from the research completed by JLICA, developing the economic resources and capacities of families is foundational to a family-strengthening approach so that they are able to provide better care and support to their children. This has also been supported by the research that was synthesized for the model I mentioned earlier, which emphasizes the central role that poverty plays in increasing levels of risk along with the interaction between HIV and poverty. If we are not addressing poverty in some way, then we’ll be ignoring the elephant in the room.

That being said, how we bring economic strengthening in is a bit tricky because so many people in the countries we’re working in are affected by poverty, not just those affected by HIV. PEPFAR’s economic strengthening approach thus focuses on supporting poor people to do better with what they already have. We are not likely to get them out of poverty, but these one or two interventions might effectively equip them to do better with the money, resources, or assets that they already have. For instance, caregivers might improve their financial planning to meet the predictable and unpredictable expenses leading to improved school attendance, better child nutrition, access to preventative and curative healthcare, and provision of a safe and stable environment; all of which involve money, expenditures, and opportunity costs. Addressing these challenges often comes down to financial management (access to savings products, better skills and capabilities around money management, better planning, etc).

From what I have seen, savings groups constitute one of the best interventions applicable across multiple contexts that can effectively address the multiple needs [health, nutrition, savings, etc.] at the same time through the same platform. It does not rely on brick and mortar banks or sophisticated financial services being available locally. There is no wait time to expand those types of financial services into the communities where our beneficiaries are. Savings groups begin working immediately to the benefit of those participating. They are highly culturally appropriate, building off of traditional practices yet working better and providing more benefits than the traditional practices alone. That is why in the grand scheme of everything we could be doing, and are doing, savings groups has risen to the top of PEPFAR as a key intervention that we feel works for our beneficiaries, and as an HIV development program, we can really get behind.

What are the benefits of directly engaging orphans and vulnerable children in savings groups?

First, we know that in a lot of the countries we work in, orphans and vulnerable children are being cared for by other children. It’s not as many as people might think, but it’s still a distinct population that we struggle to figure out how to best work with. There are also many children that are being supported by caregivers who have labor constraints. For example, it’s common to find 70- to 80-year-old grandmothers caring for 7, 8, or 9 children. There is only so much a PEPFAR economic strengthening program can do to change that grandmother’s situation other than helping her access cash transfers. Therefore, a lot of the responsibility for the economic wellbeing of the household often falls on the shoulders of older kids. When targeting economic strengthening programs, we must recognize that many older kids are already acting as the functional head of the household or primary bread-winner. Connecting them with savings groups might be one real way to better support them in the role that they are, by necessity, playing within their households.

Second, the transition period from childhood to adulthood is incredibly important. Participating in savings groups can help adolescents navigate the thorny transition period to adulthood, which can be especially tricky for PEPFAR’s target children, since it occurs at the same time they are exiting out of support from PEPFAR programs. Through savings groups, kids can learn the value of money and financial literacy practices that will help them become financially capable adults. Investment early-on has substantially better return on investments than later interventions. Savings groups with youth can also provide a solid platform to offer or integrate other complementary interventions around relationships, sexual and reproductive health, violence, etc.

Third and finally, asset-building has been shown to have a significant and positive impact on the mental health of children. I am particularly enamored with the work of Fred Ssewamala in Uganda who has built a robust body of evidence around matched savings. Matched savings uses subsidies to encourage savings and asset-building for children, though so far, it’s only been done with formal savings accounts rather than savings groups. The important aspect is the applicable findings they have found to asset-building. Ssewamala has found that as the asset base grows in the names of children, there are significant impacts on how the child does in school, how they see the future, and their proclivity to sexual risk—all of which are closely correlated to outcomes that PEPFAR is concerned with, especially adolescents at-risk or affected by HIV. We would expect similar impacts in a savings group model with children.

In general though, economic strengthening with children (as opposed to for children) is definitely understudied. These types of approaches intuitively make sense to me and are consistent with what I see on the ground. There is good evidence coming about, but we certainly need a lot more.

What do you hope for the future of programming for orphans and vulnerable children?

My ideal model would be to figure out a way to combine the successes we have seen with matched savings with the hypothesized benefits of savings groups with young people.

Since young people are spending most of their time in school, it is difficult to amass a meaningful amount of savings for them to do something with. Even kids in the United States face the same challenge and have to rely on parents or consumer debt. The key value of matched savings is that it allows us to actually top up what kids are already saving on their own so that youth can do something meaningful with their savings, such as accessing tertiary education, starting a business, or providing financial support to their family. There is a solid case for matched savings and proven psychological and behavioral benefits.

At the same time, I am also intrigued by the value that savings groups can offer young people. This includes the empowerment aspect, the structure that it provides for them to figure out how to do things for themselves, to set goals and to realize those goals. Savings groups also offer a vehicle to reach kids who may or may not be in school or older kids who have graduated. Finally, one of the most important values savings groups offer is a platform for complementary interventions that young people value. These include livelihood-oriented activities, such as business training and workforce development or softer programs such as sexual reproductive health and life-skills. I see the platform that these groups provide as a highly important benefit of savings groups.

To conclude, my dream would be to find a way to combine these things in a single-intervention that builds on the benefits of both approaches. 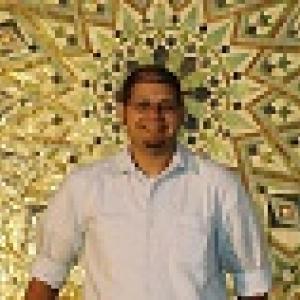