Like many countries around the world, gender inequality remains prevalent throughout social and economic systems in Rwanda. Discriminatory gender norms have hindered the opportunity for sustained equality among men and women in many facets of life, including within the cooperative sector. The Rwandan government has shown their commitment to advancing gender equality through numerous laws and policies at the national level; however, generations of subconscious gender biases and mindsets are not so easily changed, continuing the cycle of restrictive gender norms and inequity.

To confront these harmful gender norms, the USAID-funded Cooperative Development Program 4 (CDP), implemented by Land O’Lakes Venture37 (Venture37), has taken an innovative evidence-based approach – gender analysis, gender action plan, and gender action research – to identify and address the discriminatory attitudes and behaviors among cooperatives in Rwanda. Through this approach we are aiming to enhance women’s autonomy, leadership, and decision-making skills, as well as bolster their inherent sense of self-worth and capability. When women develop such skills—and with support from male counterparts—they can live into their true potential. CDP cooperatives can flourish with meaningful and sustainable gender equality.

Some institutions within the Rwandan cooperative environment were found to provide support for gender equality through their bylaws and regulations, but there is little qualitative evidence of improvements in women’s power and agency or gendered power dynamics between men and women.

These findings set in motion an in-depth gender analysis among dairy, maize, and horticulture cooperatives in Rwanda. This analysis involved three weeks of field research, including focus group discussions with male and female cooperative members, key informant interviews with national stakeholders and cooperative presidents, and household interviews with cooperative members and their spouses. It provides in-depth and nuanced insight into the gender context of a cooperative’s resources, benefits, and opportunities within which CDP operates. It enhances our understanding of the gender dynamics between men and women, as well as the unique gaps and barriers that women face within and around cooperative organizations. A sample of research questions that guided the approach of the overall analysis, included:

Along with discussing these questions, focus groups explored differences between men’s and women’s perspectives and experiences in cooperatives and in the home in terms of equal participation, equal benefits, and barriers that women face as farmers/producers. From these discussions, both men and women contributed creative suggestions for how to overcome and address these barriers and inequalities, both within cooperatives as well as the home environment. By involving men and women in the formulation of solutions to these identified issues, trust and commitment can be fostered both within the cooperative environment and at home.

Following a review and gender analysis of these proposed solutions from cooperative members, beneficiaries, leaders, and other stakeholders a Gender Action Plan was designed; this document outlines specific interventions and activities that would proactively and holistically address the major barriers identified in the gender analysis. Targeted interventions were proposed and separated into three phases. Phase 1 and 2 focused on foundational training and community-level engagement around gender norms and power dynamics, while Phase 3 called for trained cooperative members and leaders to co-design robust gender policies for each cooperative. By addressing pervasive gender norms and fostering cooperative ownership of individual and collective transformation in each phase of the Gender Action Plan, positive outcomes reached included both women and men becoming champions of change within their homes, cooperatives, and communities. Barriers women faced previously were reduced, and mindsets began to shift to allow for a sustainable increase in women’s meaningful participation and leadership in cooperatives. For example, from 2019 to 2021, there was an average of a 24% increase in the number of women in leadership roles among the nine CDP cooperatives.

Ensuring that this gender-transformative research work is put into action, we are using a carefully curated and designed participatory curriculum to deliver an entrepreneurship program whereby women cooperative members will build upon their employment readiness and leadership skills while taking an active role in producing data, reflecting, and offering insight into their own experiences. The intended impact will be measured by comparing the business training outcomes between cooperatives with no gender exposure and CDP cooperatives that have received gender training. Outcomes from this research are expected to set a new and crucial precedent for the importance of investing in gender transformative interventions across the agricultural and cooperative development sector in Rwanda and beyond.

With the implementation of this gender transformative work, Venture37 and its partners envision a broader strengthening of the cooperative sector, with an increased participation rate of female cooperative members on par with their male counterparts. Evidence shows that women will ultimately have more confidence, agency, and decision-making power that will help to foster transformative social change for greater, sustainable gender equality across the cooperative development sector in Rwanda. Connect with us in the coming year as we will share our impacts from the final gender action research phase.

This post comes from an implementer of the Cooperative Development Program under USAID’s DDI LFT Bureau. 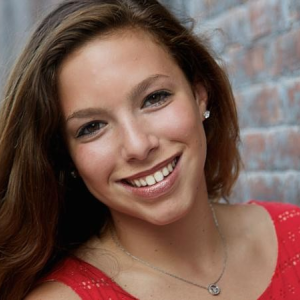