Access to Finance for Youth: An Opportunity in Afghanistan

This post was written by Elise Sidamon-Eristoff and was originally published on Chemonics' blog, Connections.

What is Financial Inclusion?

Financial inclusion seeks to increase the number of individuals who are able to access formal financial services, with a focus on providing access to marginalized populations such as youth or women. According to the World Bank, almost 40 percent of the adults in the world do not use formal financial services, such as licensed commercial and development banks, savings and loan companies, and deposit-taking entities. The majority of the individuals who do not access these services come from poor households.

Access to bank accounts and loans is an important economic driver that helps citizens invest in their businesses and education and to insulate themselves against financial shocks. Citizens with access to finance are better able to establish and grow businesses, afford education, pay for medical or other emergencies, and live in safer dwellings. Ultimately, access to finance contributes to growth on a larger scale as these benefits trickle up to the economy.

Afghanistan has a nascent financial sector, which has been growing rapidly in recent years. Despite its recent growth, the World Bank estimates that only 10 percent of Afghans hold an account with a financial institution. This is far below the average of 22 percent for low-income nations. Low levels of financial access in Afghanistan stem from a number of factors, including ongoing conflict and security threats, corruption, weak governance, rampant poverty, and a lack of financial infrastructure.

Afghanistan’s population is dominated by youth: 64 percent of its citizens — 20.8 million individuals — are under the age of 25, and 20 percent of the entire population is between 15 and 24 years of age. Despite their numbers, youth ages 15 to 24 are less likely to hold accounts with formal financial institutions compared to older adults. Enabling access to finance for these youth would greatly increase the number of citizens who utilize formal financial institutions, providing a much-needed boost to the Afghan economy.

There are a number of factors that contribute to low levels of financial access among youth in Afghanistan... Read more on www.chemonics.com. 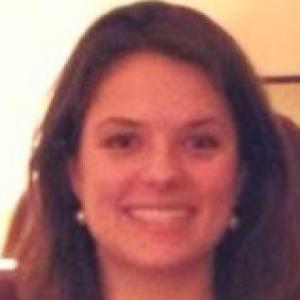 An Introduction to Resilience at USAID and Beyond