Rural Poverty Escapes: Q and A Session With Researchers

The joint Microlinks-Agrilinks conference held this past September, Sustainable Poverty Escapes, invited researchers from the Overseas Development Institute to share their work on resilience and risk factors in poverty escapes through the Leveraging Economic Opportunities (LEO) activity. Presenters Vidya Diwakar, Lucy Scott, and Andrew Shepherd discussed findings from their research on poverty escapes from rural Bangladesh, Ethiopia, and Uganda.

Although they were able to take questions from the crowd gathered at the Ronald Reagan Building, there were audience questions regarding issues such as gender-based violence, access to energy, and livestock that they did not have time to answer. The Agrilinks team sent these remaining questions to the presenters, who provided the answers below. To learn more about the details which were discussed during the event, explore the post-event resources uploaded on the after-event resources page. 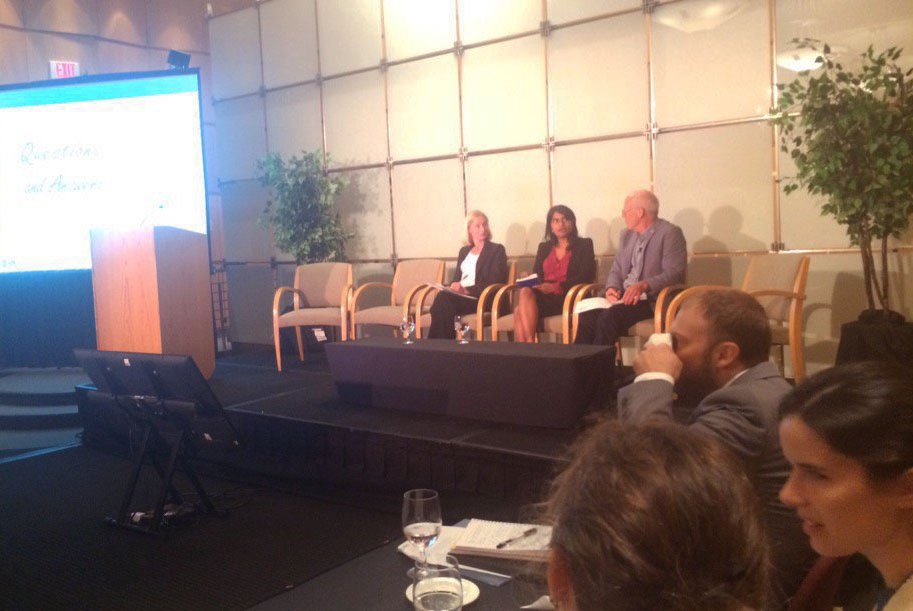 The findings on diversification are very interesting. Was the study able to parse out whether non-farm agriculture labor increased sustainable escape from poverty, or does labor need to be non-wage to have an impact?

Yes, agricultural labor can certainly sustain escapes, but it depends on the wage rate. Bangladesh and other countries in South and Southeast Asia have recently seen increases in agricultural wage rates, which have helped to improve the living conditions of agriculture workers. From the qualitative research in rural Bangladesh, though, agricultural labor on its own wasn't a strategy sustained escape households followed, rather they combined this with own-account farming and sometimes even non-farm activities.

How can you incorporate access to energy and communication resources to the sustainability of people's rise from poverty?

This research didn't specifically investigate this. Other research highlights the importance of energy access for viable non-farm enterprises. Communication resources (mobile phone) emerged in the qualitative research as important for migration.

Did the research investigate how different types of livestock influenced sustainable escapes (i.e., meat cattle vs. dairy cows, goats, chickens, hogs, fish, etc.)? Are these types of livestock better predictors of a sustained escape than others?

No, the research didn't do this. Small ruminants—particularly goats and chickens—emerged as an important form of "insurance" from the qualitative fieldwork, often being sold as a means to cope in a crisis.

In the first Q&A period, Vidya said that participants in Bangladesh experienced drastic extreme escapes followed by extreme/drastic returns to poverty. Are there any indications of why? Any hypotheses?

To what extent is the availability of a middle class suburban customer base (i.e., middle-class) key to income generation?

Could you please discuss some of the details related to structured economic reforms and economic diversification?

One of our hypotheses is that Bangladesh has a much higher proportion of sustained escapers than rural Ethiopia and Uganda given the greater structural transformation of the economy there. In particular, there are jobs in garments, possibilities for internal and international migration, and a more vibrant non-farm economy. As a result of non-farm opportunities, along with labor market tightening through family planning and higher levels of educational attainment, rural agricultural wages have also risen in Bangladesh. In both rural Ethiopia and Uganda, non-farm opportunities and markets are much more limited.

Did you see any correlation between the reduction in poverty and the well-documented reduction in HIV/AIDS? Was this halving of poverty in any way influenced by this?

Would it be possible to look at the impact of USAID projects on churn?

Yes, it would be if M&E systems are designed to return to the same households over time, rather than drawing a new cross section of households to visit each time.

When we talk about weather-related risks, we are usually talking about bad weather causing reduced production/higher prices. But poor remote farmers also face risk from good weather, which can lead to extreme price drops. Is this a resilience issue? If so, what should be done?

Yes, the importance of selling crops at appropriate times, including through storing crops to sell them a few months post-harvest when prices were higher, emerged as an important strategy to sustain poverty escapes, i.e., being a market-oriented farmer.

To what extent did gender-based violence (GBV) emerge as a source of impoverishment or transitory poverty escapes? Was there evidence of resilience, i.e., sustainable poverty escapes as a result of leaving a violent relationship?

GBV wasn't measured in the household surveys and wasn't explicitly addressed in the qualitative work (finding out about GBV would normally involve longer-term fieldwork in order to gain the trust of respondents). None of the qualitative work highlighted resilience as a result of leaving a violent relationship, though there were instances from a few life histories of the opposite, i.e., being in a violent relationship driving a transitory escape.

To delve deeper into the topic of sustained and transitory poverty escapes in rural households, visit the post-event resources page and read this LEO synthesis report on the topic. Feel free to also comment below with your insights or questions.

Ensuring Escapes from Poverty are Sustained in Uganda

Since the early 1990s, Uganda has experienced substantial reductions in poverty. Using the national poverty line, the poverty headcount has declined from 56 percent in ...
Library Resource

Ensuring Escapes from Poverty are Sustained in Rural Bangladesh

Ensuring Escapes from Poverty are Sustained in Rural Ethiopia

This report combines analysis from four rounds of the ERHS with qualitative research approaches; in particular, key informant interviews, life histories, and participatory wealth ranking to further investigate the drivers of transitory poverty escapes. Specifically, it examines why some...
Post

This post originally appeared on Agrilinks.  The South Asian, agriculture-based nation of Nepal experienced considerable poverty reduction over the last two decades, from 63.8 percent in 1995 to 30.8 percent in 2010. An...
Library Resource

Resilience and Sustained Escapes from Poverty: Highlights from Research in Bangladesh, Ethiopia and Uganda

This brief summarizes existing knowledge and focuses on the issue of transitory escapes in particular, as a unique and concerning sub-set of impoverishment. The focus of this brief is to: (i) define the phenomenon of transitory poverty escapes, linked to broader concepts of sustained...
[+] Leave feedback