Across the Continental Divide: Why Private Capital Matters

Lawrence Camp is a Senior Advisor at USAID in the area of mobilizing finance for development, with a background in commercial lending and corporate finance. 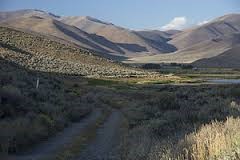 We reached Independence Rock three days ago and commenced our passage of the Continental Divide through the South Pass. Grass is sparse and the animals are laboring in the thin mountain air. Our party has passed by many lonely graves (counted at least eight in the last two days) and several broken-down wagons. Yesterday one of the Randolph’s mules was bitten by a rattlesnake and had to be put down, so they had to lighten the wagon and leave Mrs. Randolph’s prized Chippendale chest by the side of the trail.  You could tell it was hard on her, but she is a strong woman and bore her sorrow with a stoic grace.

We have crossed the Sweetwater twice today. There was great excitement when one of the boys spied gold in the riverbed – it was, of course, just fool’s gold (mica). But it sparkled and shone none-the-less, and despite our tribulations the party is buoyed by knowing that we will soon reach Pacific Springs. And with that, they are more than halfway home to their new promised land.

The last time we spoke we took on the topic of risk, and noted that risk is high in most of the countries in which USAID is present. In fact, it’s often high enough that deals which would be completed in the U.S. or Europe won’t qualify – even though the projected cash flows are the same. Because of the higher risk (as well as higher transaction costs), the required return by the investor or lender is much higher – and often above what the cash flows from the investment can produce.

We also discussed the four different approaches available to change that risk/return balance (to bring down the risk or bump the yield to compensate for the risk):

Each approach has its merits and each has its proponents. Personally, I see output-based incentives (cash payments made upon accomplishment of desired outcomes) as a precise and efficient way to administer a subsidy to facilitate the desired transaction – and particularly when done through a competitive process. (But at the end of the day, to be clear, all of these four tools in one way or another offer a subsidy.)

When we last broke up to bed down for the night, we promised to talk next about why all of this matters –why is this “mobilizing private capital” business germane to what we do? 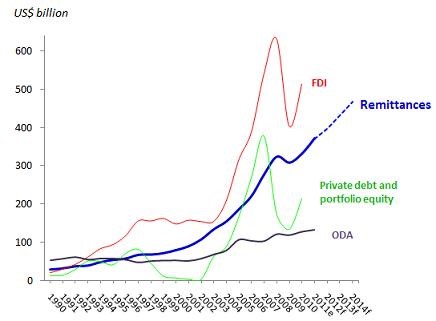 Here are three good reasons why:

Now let's turn our attention to this week's vignettes.

Out of Wind River Range and into Oregon Territory: The Four Lenses - When and When Not to Facilitate Private Capital

It is Sunday, July 25, and two days ago we passed through a wonder they call “Steamboat Spring.” It is a fearsome sight, with a...
Blog

Settle In! Two Vignettes to Simmer Over 'Round the Fire

We're glad you're still with us! The first of our vignettes this week is from Mercy Corps. It presents an example of a facility to undertake matching grants to obtain investments...
Blog

Getting Outfitted at the General Store: Introducing the Mobilizing Private Capital Lexicon

For a period of fifty years beginning in the 1830s, pioneers reached the fertile, green lands of California and the...
Blog

Laying Up at Fort Laramie: Pricing and Mitigating Risk

After fifty long days on the trail, we finally reached Fort Laramie at sundown yesterday.  The plan is to lay up for two days to make repairs and...
Blog

You just got used to the term “private sector engagement” only to discover that it is “so 2013,” and now everyone is talking about a new buzzword: “mobilizing private capital.” “What the heck does that term mean?” you ask. “How do you do it?”—“And why is it even on the Microlinks site?”...
[+] Leave feedback